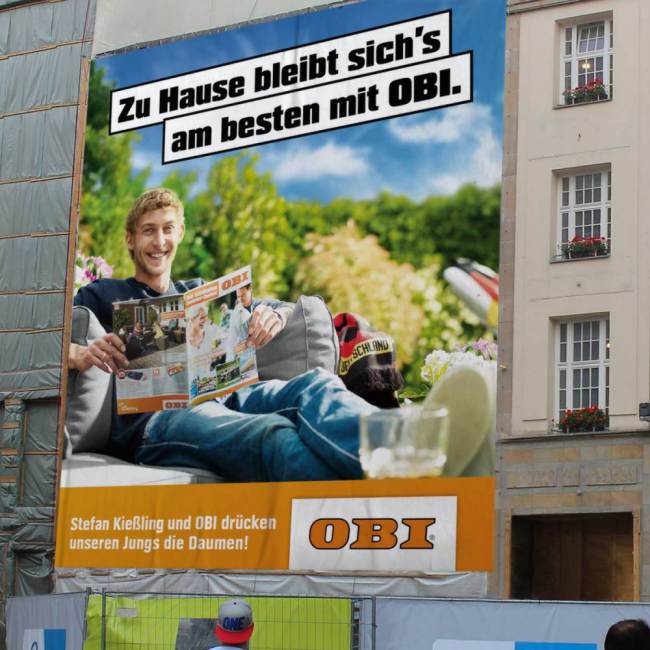 Kiessling, 30, has 56 Bundesliga goals in the last three seasons but was overlooked by Joachim Low despite injury ruling out Mario Gomez and Miroslav Klose approaching his 36th birthday.

The prolific forward has only six caps, the last of which came at World Cup 2010, and Low previously hinted that Kiessling remained an option but hasn’t selected him for Brazil 2014.

In the advert for the DIY chain OBI, which has been mounted on billboards in Germany and shared on the company’s Facebook page, Kiessling appears under the phrase: “It is always best at home.”

With the veteran Klose as Germany’s only recognised centre forward going to Brazil, Low will hope that his decision to leave out Kiessling is justified by the country’s performances.

Marco Reus got injured but Joachim Low decided to call defender Shkodran Mustafi despite only having two forwards in the squad. Might be the price Kiessling has to pay for pulling Joachim’s leg?