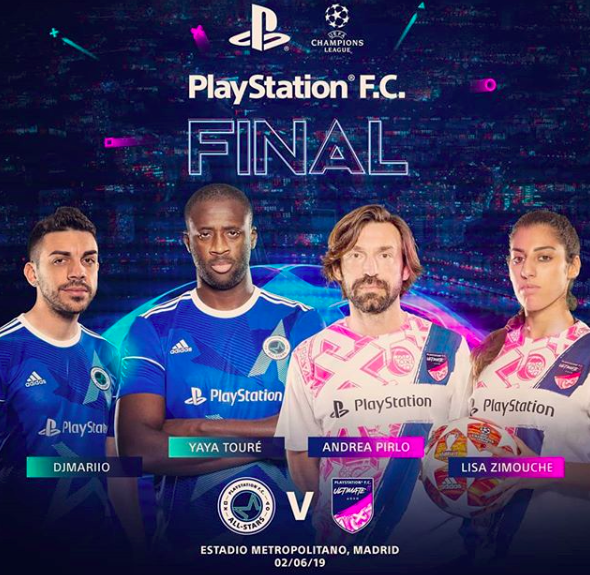 DjMaRiiO had the privilege of being the captain of one of the teams of the Playstation FC Final, that was held at Wanda Metropolitano the day after the Champions League final between Liverpool and Tottenham.

DjMaRiiO took part in this amazing Sony activation for the UCL final alongside legends like Andrea Pirlo and Yaya Touré. Both magicians formed their influencers teams in a final that ended 6-8 to Mario’s team and that was watched by more than 500K people on YouTube.

The build-up to this Playstation FC final was as amazing as the game itself, with professional footballers like Kyle Walker selecting the players for the final.

DjMaRiiO’s mentions and exclusive videos on YouTube speaking of this Playstation FC final and the Sony campaign reached more than 6 million views, in another demonstration that there’s nobody like DjMaRiiO in terms of securing high views/engagement in football related videos in Spanish.