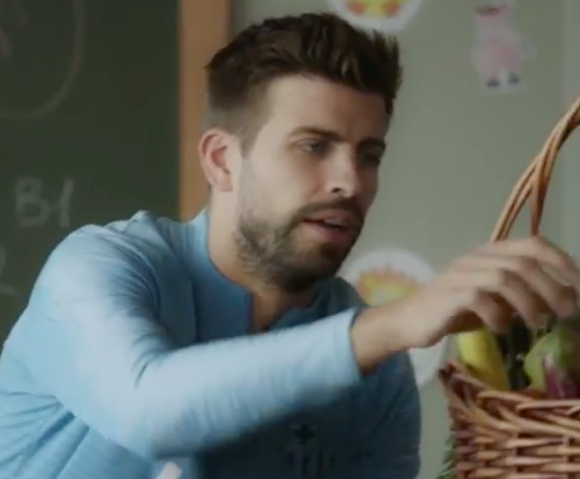 Gerard Piqué was invited by Beko to surprise some children and find out how much they know about football and healthy eating. This was part of the agreement between F.C.Barcelona and Beko, a partnership between the leading domestic appliance brand in Europe and one of the best football clubs in the world.

This is only one action of the several that both parts have conducted over their agreement. “80% of children would eat healthier if they knew their heroes did”. That’s what Piqué came to explain to some of their younger fans in a school, that were amazed to receive one of their idols in class.

Beko’s #EatLikeAPro initiative, together with Unicef and Barça Foundation, is inspiring children globally to eat healthy like their heroes.

Piqué is one of F.C.Barcelona’s players who best represents a healthy way of life. At the age of 32 he is playing the best football of his career and performing at the highest level. This couldn’t be possible if he hadn’t taken care of his body and had a balanced and healthy diet.