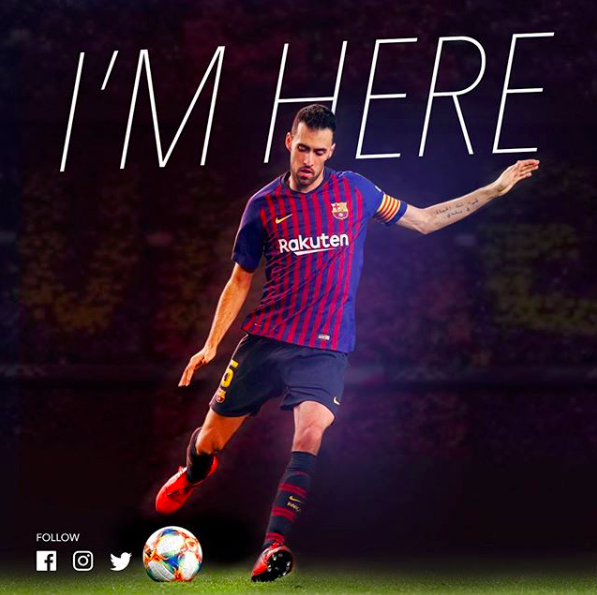 After a career lifetime of no social media and keeping a low profile outside football, Sergio Busquets has taken the surprising movement of opening up accounts on Twitter, Instagram and Facebook. Speaking to Cadena SER a few years ago, F.C.Barcelona midfielder master said he would erase Twitter worldwide if he had the power to do so, being very critical about fake profiles.

Sergio Busquets is now 30 years old. The present one is his 11th season as a first-team member of F.C.Barcelona, after making his debut with only 18 years old under the orders of Pep Guardiola. He has declared interest in joining the MLS when the time comes to say goodbye to his dream club.

Opening social media accounts could be an intelligent movement to complement football when, in the advanced parts of a football legend career, football is not only what happens on the pitch. Busquets can now give more visibility to his life inside and outside football and about his future playing adventures when he decides to march on, and also be opened to commercial opportunities that may appear.