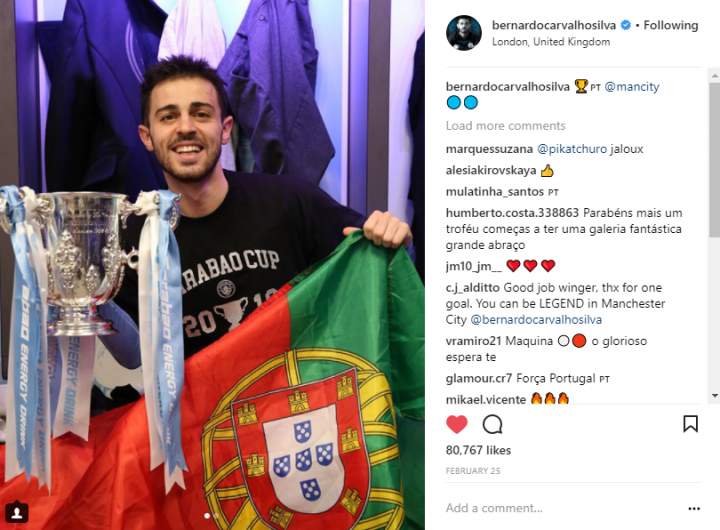 Players like Kyle Walker, Leroy Sané, Ilkay Gündogan or Bernardo Silva signed for Manchester City because they believed in the project and they wanted to win trophies playing the best football. This is quickly paying off as they are already seeing how their cabinets fill with silverware. Winning the Carabao Cup a month ago was the first step and now the Premier League seems to be getting closer and closer. Being still alive in the UCL and having played some of the best football that has been seen in England, one could argue that they made the right choice! 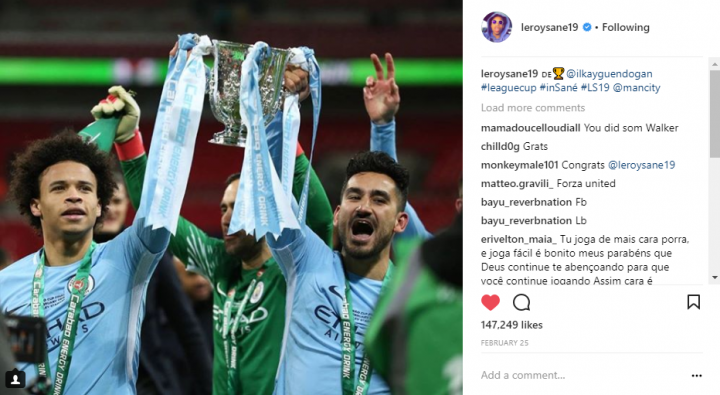 Some of them had already lifted trophies with their former clubs, but for players like Kyle Walker or Leroy Sané this is the first trophy ever and hopefully there will be many more to come in the next years. An important milestone for all of them, who took the opportunity to share their happiness with their fans on social media. 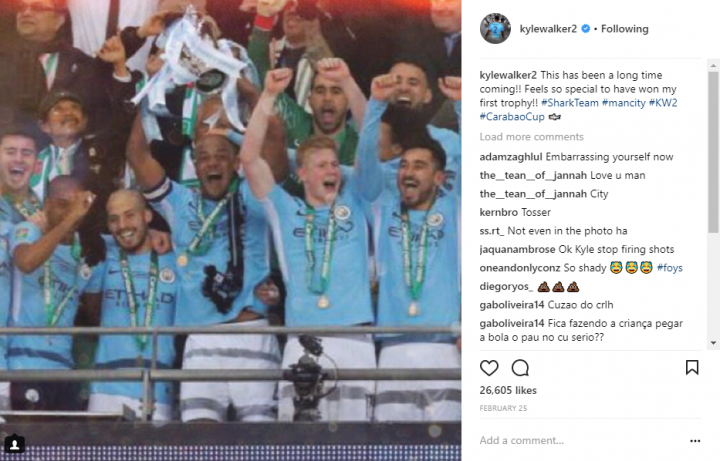