Rafinha and Saúl joined forces to participate in an event to promote Call of Duty Infinite Warfare. Both midfielders have confessed their interest for videogames many times before. This time they decided to participate together in an event and talk about the on the pitch rivalry between them. Activision, is one of the biggest game publishers, the American company sponsored the event. The event took place in a glamorous hotel in Madrid, and it was covered by the national media.

During the event, the players had the chance to play a game of Call of Duty with some of the best players from Spain. The duo also shared their experience on social media, to give support to the promo. Many players have admitted their interest for videogames and Call of Duty is aware of this and has made different collaborations with many different players, like Héctor Bellerin from Arsenal. 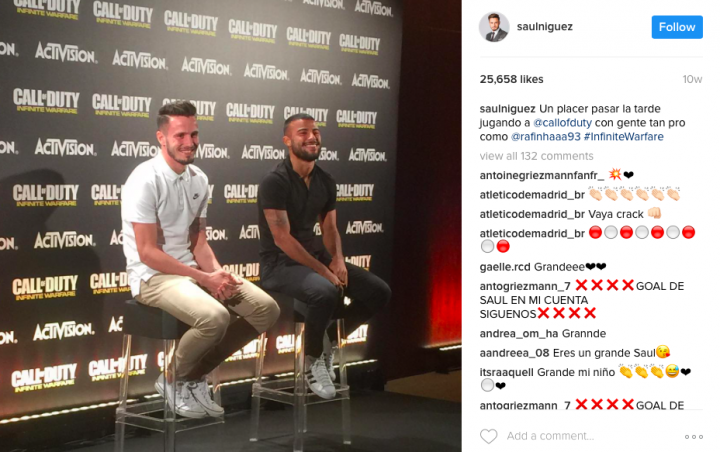