Mexican star Giovani Dos Santos has used social media to reactivate his partnership with Lay’s Co. The forward has helped to engage the fans and participate in a campaign to find the next Lay’s flavor, the #MillionDollarFlavor. 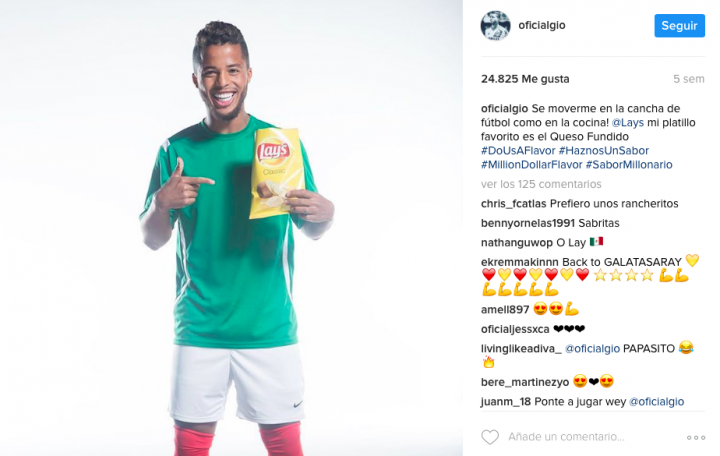 Lay’s is using Dos Santos because of his worldwide popularity, Gio is well known in Spain and Europe because he played in LaLiga for several years. There was a time when he was one of the most talented youngsters at Barcelona. He is a celebrity in his home country Mexico, where he has represented the national team many times and he is very likeable in South America. On Top of all this he is now playing at one of the top teams in the United States. 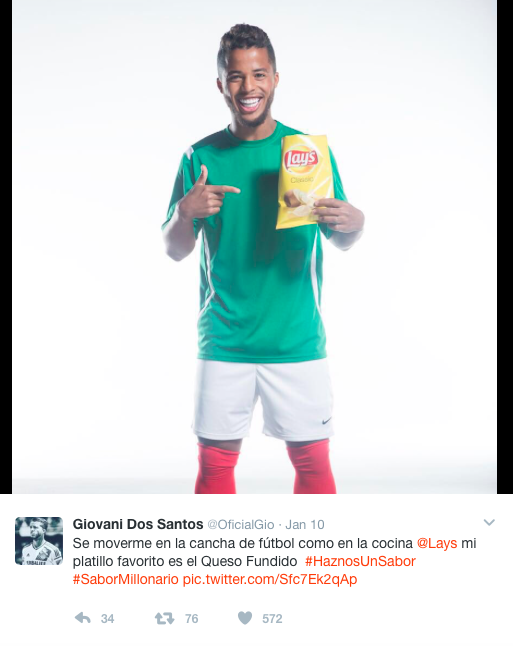 Without being a superstar like Messi, Neymar or Ronaldo. Gio is worldwide known thanks to a very successful career, and this makes him the perfect choice for global brands that are looking for exposure on both traditional and digital channels around the globe. He has a remarkable fan base on social media, with more than 6.5 million followers combining Facebook, Instagram and Twitter.