Antoine Griezmann is doing and outstanding job on and off the field. Not only he is starting to be regarded as one of the best players in the world (3rd place in the Ballon d’Or included), but he is becoming a very attractive ambassador for brands like Beats by Dre or Puma. The Frenchman was selected by Puma to be the image of its latest commercial, where Griezmann had the chance to prove his acting skills. This time he is not announcing new football boots, he is advertising Puma’s new deodorant.

Puma has trusted Griezmann since day one, they have been together for more than 5 years, and now that the forward is trending, the brand is trying to make the most of it. In this commercial they use Griezmann’s signature celebration for many different things and to prove that Puma’s new deodorant is very effective. The striker answers the call of different men that need his help to impress women, and he goes to their rescue “Hitch” style. The commercial was designated for the French TV, but Griezmann also shared the video on his social media for all his followers to enjoy. 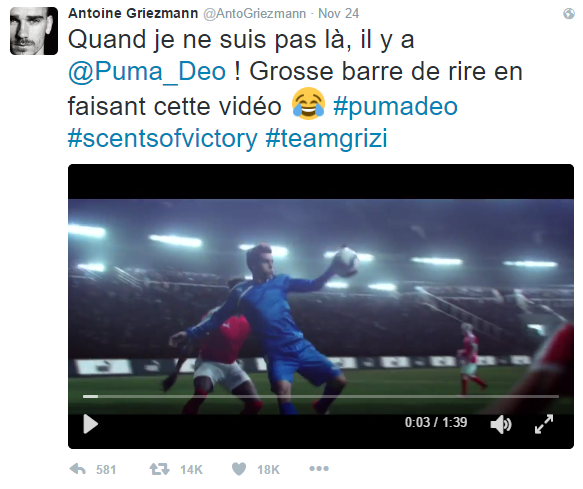 And he is now challenging another iconic Puma ambassador, Usain Bolt, through a series of short videos to promote the deodorant. 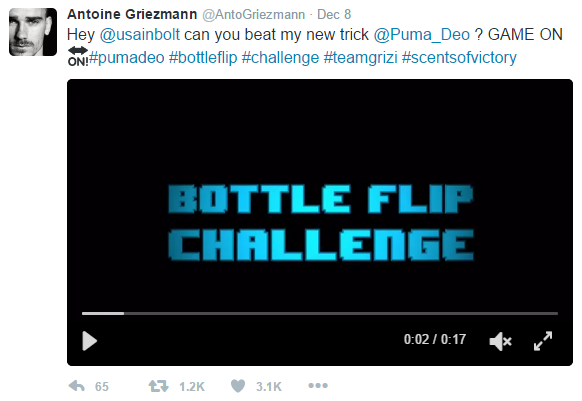