Gareth Bale and Anthony Martial are showcasing greatness for Foot Locker Europe. The sneakers company has used two of its most popular ambassadors to promote the “Week of Greatness”. During that particular week Foot Locker Europe released some of the hottest sneakers of the year, including brands like Adidas, Nike, PUMA and Jordan.

At the forefront of the campaign are two of the biggest talents in European Football, Gareth Bale and Anthony Martial. In a new video released to sponsor the Week of Greatness, Martial demonstrates his unbeatable accuracy, while Bale shows why he’s one of the quickest athletes on the planet. The two footballers provide great exposure for the brand through social media as well. 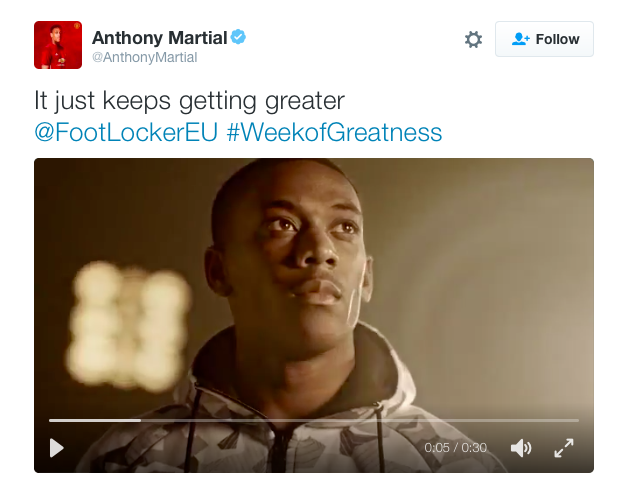 Both athletes have used their social media accounts to promote the week of greatness, but Bale even went a little further and published a video showing the behind the scenes of the commercial to his 25m followers on Instagram.