We are all familiar with the fact that a top division player wearing brandless black boots means that his previous contract has expired and that he is putting himself in the market for a new contract. What is less usual is to see referees doing the same. This is what surprised me when recently watching LaLiga’s Sevilla derbi, with referee Estrada Fernández wearing black boots like Sergio Ramos instead of the traditional Adidas outfit linked to sponsorship deal with Spanish Football Federation. 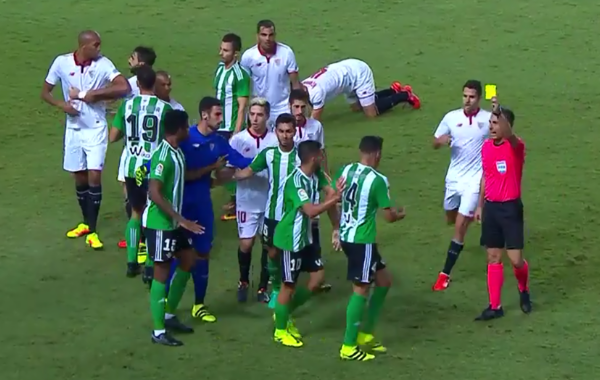 As a sports marketeer, I have always thought that sponsoring a referee would probably not be a good idea, considering the controversial way they can be featured in the media. In fact, fans blame the referees big time when they take the wrong decision (or even the right decision if going against their interests), while I have a tough time seeing them being hailed by the fans when their decisions go their way.

However, the likes of EA Sports, Diadora, Mastercard or Konami do not have the same opinion, as proven by their respective sponsorships of Premier League and SerieA referees and the most popular referee ever, Pierluigi Collina. I guess some of the deals are just looking for the advertising value of being in the sleeve of the referees, as they don’t seem to spend any resources in activation (EA Sports), while others proudly invest in additional adverts to activate their relationship with the once so called men in black.

So here are some provocative questions. Would you spend your marketing money sponsoring a referee? Why are the brands involved doing so? Do you reckon we will see more and more examples of this? I may be missing something, but I would just don’t do it…