Nissan, one of the the official sponsor of the UEFA Champions League, has signed up Real Madrid winger Gareth Bale and Manchester City striker Sergio Agüero as global ambassadors of the brand. Nissan has named them ‘engineers of excitement’ and their first assignment is to help bringing football fans closer to the UEFA Champions League action. Last season we could see players like Yaya Touré or Andrés Iniesta giving visibility to Nissan through the Champions League, and now it’s Sergio and Gareth, who showed their skills as part of the new global campaign. Both players used their social media to announce this new collaboration. Both players have over 10m followers on Twitter, and Gareth Bale doubles that amount on his Instagram, where he posted a couple videos about the making off, before announcing his new agreement.

The Welsh forward said: “I’m thrilled to be working with Nissan on their partnership with the UEFA Champions League. Having won the tournament twice with Real Madrid, the competition is very special to me and I know it takes a tremendous amount of hard work to win. It is one of the most exciting competition in the world, and I’m looking forward to sharing in that excitement with the fans.” 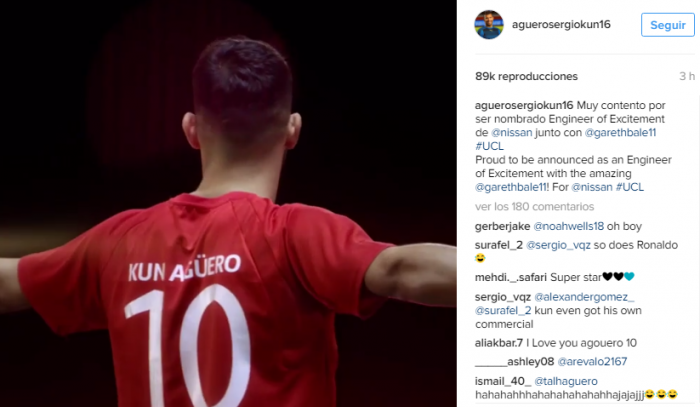 The Argentinian striker added: “I’m very happy to be working with Nissan. The UEFA Champions League is such an exciting tournament with some of the best teams, players and managers in the game. The week-in, week-out drama on and off the pitch makes it a great competition to be a part of as a player, and to watch as a fan.” 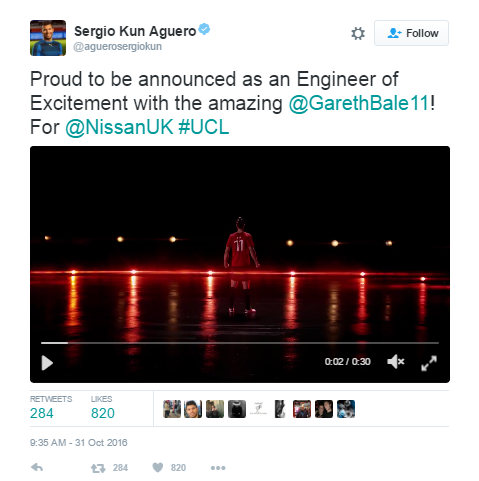 The duo will now serve as image for Nissan‘s social platforms, trying to create excitement for the fans. They will both participate in advertising campaigns, and Agüero will be first competing against a GT-R in a new commercial that comes out this week.