With the end of the summer, Spanish international Andrés Iniesta announced that he was launching his autobiography, published by Malpaso and written in collaboration with Spanish journalists Ramon Besa and Marcos Lopez. Iniesta is not shy when it comes to using his social media accounts to give visibility to brands or to promote his very own projects. This was not an exception and Barcelona’s number 8 has been promoting the book on his social media, reaching out to his almost 55M followers. 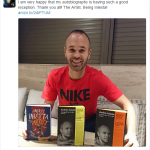 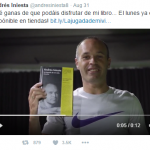 The book is selling well and it collects all his memories up to the day. Amongst other things, the 2010 World Champion narrates in the book how he felt before, during and after scoring the winning goal in the World Cup Final in South Africa. There are many other memories included in the book like the death of his very good friend Dani Jarque or his hardest day at La Masia. 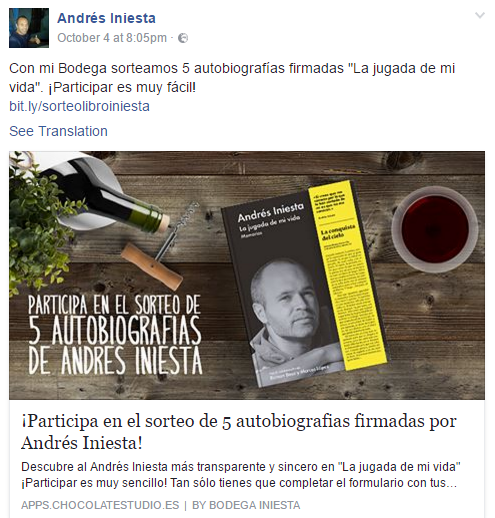 While introducing his new book to the world, Iniesta prepared a giveaway of his new book and took the opportunity to promote another of his projects: his very own cellar/vineyard “Bodegas Iniesta”. Andrés Iniesta is one of the best players in the world and has also a busy diary off the pitch.