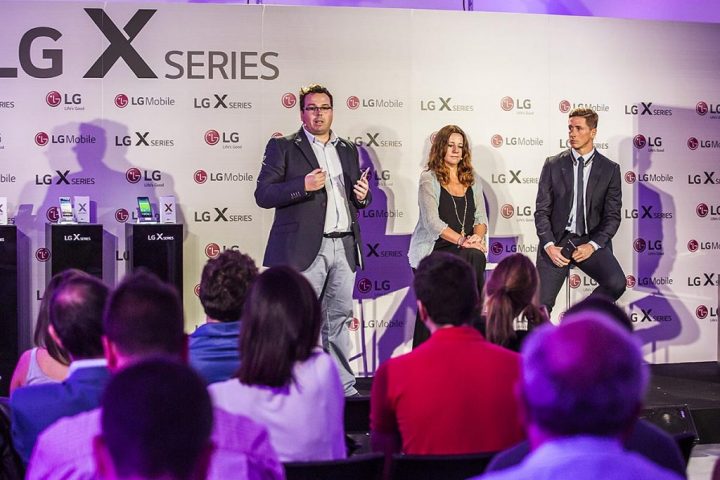 The Asian brand LG, recently presented its new handsets LG `X Series´ in Madrid. To make the most of it and to create additional excitement, Fernando Torres was there to serve as the ambassador of the brand, and the event matched the expectations. There was a large crowd of media to see Atletico’s number 9 and the event was all over the newspapers the day after. Torres has been serving as an ambassador for LG since last season, and the previous events had already been a success.

During the event, Fernando Torres and LG presented the three new devices of the brand. At the end, Fernando answered all kind of questions from the media, covering many different topics, like why the team had started so low the season, the impact of Kevin Gameiro, the change of stadium and the high level that Griezmann is showing. After the event, Torres shared the news on his personal website and official social media platforms, where he has more than 14M followers. 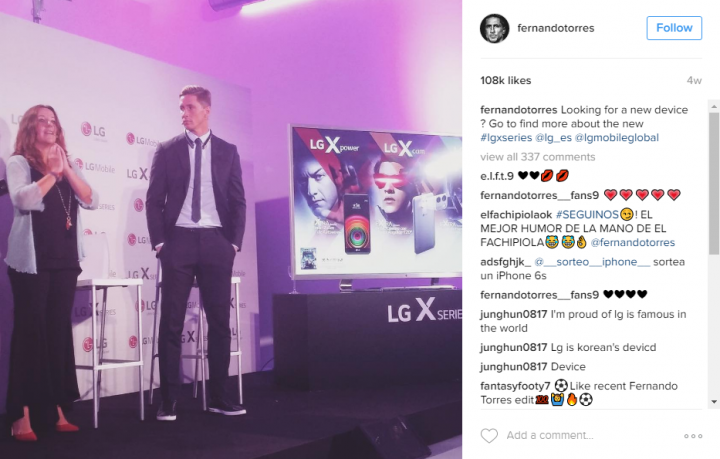 The striker is extremely popular, after playing in three of the best European leagues, he has fans all around the globe and this provides great exposure for the brand. LG and Torres have a very strong relationship, Fernando has been the image of the firm for a couple years now and he has always represent them well.