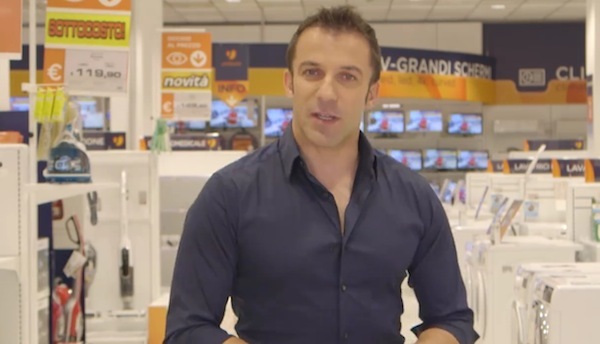 Ahead of the Euro 2016, Del Piero and Marchisio partnered with Unieuro to launch the campaign “Social Ola” to support Italy. The campaign worked very well through social media, probably because the Unieuro campaign stars are not any two players, but two pillars – the past and present – of the national team: Alessandro Del Piero, former Italy’s number 10, World Champion in 2006, and Claudio Marchisio, vice-captain of Allegri’s Juventus, who couldn’t go to France just because of a bad injury and was forced to cheer from home. Both players asked the followers of the appliance stores chain to post on social media a video supporting Italy with a “Social Ola”, accompanied by the hashtag #unieuropei. Representatives from Unieuro said that it had been a smart choice going for a social media campaign. “We are happy to undertake innovative communication projects. In addition to ensuring visibility for our brand, they have the dual objective to involve and entertain the audience,” explains Enzo Panetta, head of digital marketing Unieuro.

The campaign worked very well and both players also shared it on their social media accounts as seen above and below these lines. 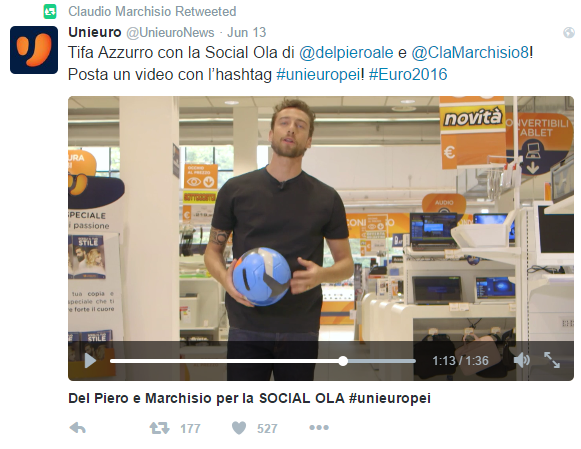