Back in 2014, during the World Cup semifinal in Brazil, Javier Mascherano used all his leadership and motivational skills with his goalkeeper, Sergio Romero, telling him that he would be the hero of the game, right before the penalty shootout started. The goalkeeper would later save two penalties and Argentina made it to the final. Mascherano’s famous: “Hoy, ¡hoy! Vos te convertís en héroe. ¿Está?“, has now been turned into a marketing campaign by the creative people from Roundten. The eyewear brand signed Mascherano as the ambassador of the brand and are using the Argentinian star to gain visibility across all platforms and to promote Roundten’s models.

The brand is making the most of the association with Mascherano and even installed a huge banner on the busy crossing Diagonal-Via Augusta in Barcelona. The player obviously saw it and took the opportunity to post it on his Twitter. 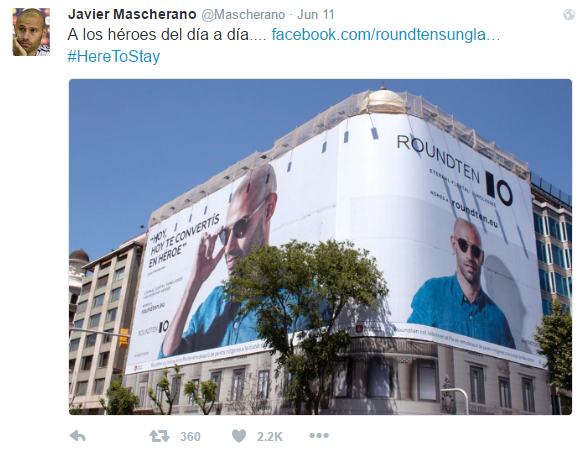