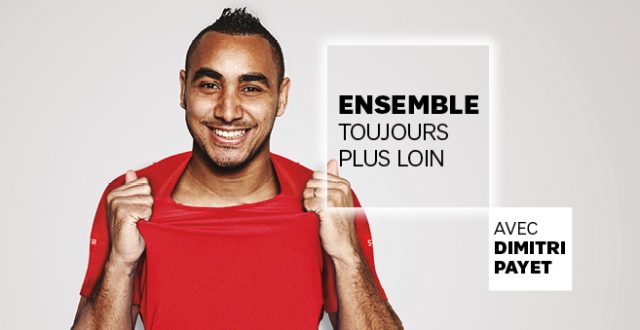 French telecoms operator SFR has named French international football player Dimitri Payet as its new ambassador for La Reunion, Guadeloupe, Guyana, Martinique and Mayotte. As part of the two-and-a-half year deal the West Ham United midfielder, who was born in La Reunion, will feature in advertising campaigns and will make personal appearances for the Altice-owned company.

Following an outstanding first season in England the Frenchman was shortlisted by the Premier League for the 2016 PFA Players’ Player of the Year Award and his performances on the pitch are also bringing results off of it.

SFR‘s parent company, Altice, also has a sponsorship agreement with football superstar Cristiano Ronaldo since last season. In the video below these lines we can see the latest TVC of Cristiano Ronaldo with SFR to promote the football packages that the company offers in La Reunion.