It seems like Wayne Rooney and Co. are enjoying their global partnership with 20th Century Fox. After the teasers of Deadpool and X-men Apocalypse Wayne Rooney and his teammates have shown off again their acting skills in the trailer of the newest film by 20th Century Fox: Independence Day: Resurgence. You can see the trailer below in which the Manchester United captain Wayne Rooney stars with his teammates Juan Mata, Ashley Young, Chris Smalling and Daley Blind in a battle against an alien army.

Manchester United announced it on its official account on Twitter as well, giving great visibility to the new title and to the studio, and probably persuading some fans to go to the theaters to watch it: 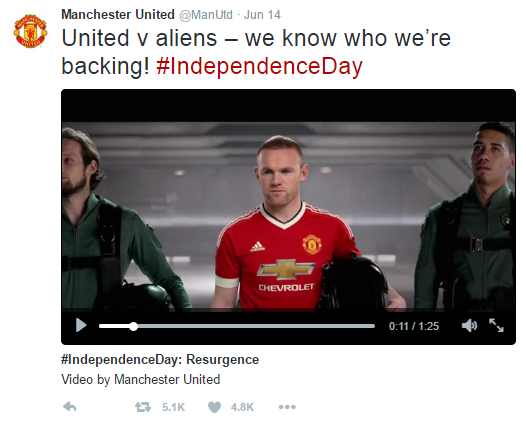