Nike has launched its campaign for the EURO 2016 and they have done it in style with its biggest football ambassador Cristiano Ronaldo. To make the most of all the attention that the competition is generating, the American giant has released a 5′ ad starring Ronaldo, who is called to be one of the stars of the tournament.

In the advertisement you can see below an amateur young player exchanges roles with the Portuguese star due to an unexpected and fortuitous coup between them.

Nike has enabled the campaign “The Switch” through social networks and mobile devices and smartphones with an app in which you can follow the end of the story. 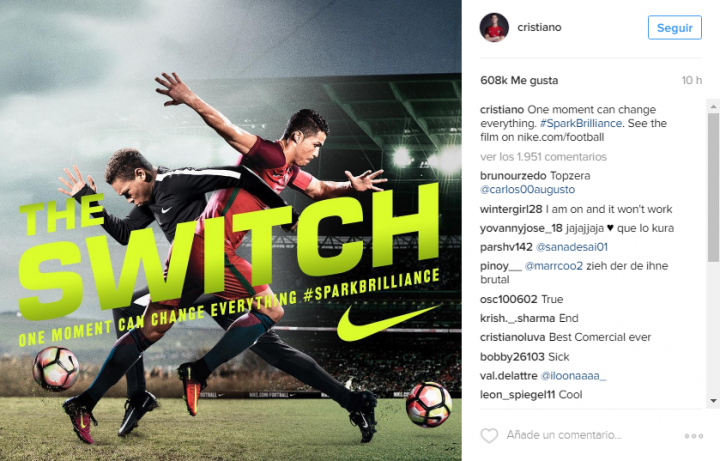