When Johan Cruyff showed-up at Ballon d’Or gala back in 1971 to be presented with his first precious award with a big Puma logo on his jacket, the Dutch superstar proved everyone that he was ahead of time, and not just on the pitch.

The sad news of his death lead to thousands of articles in the media globally hailing his beautiful mind, that revolutionized the way the football game was conceived until he started his career as a manager. But few people wrote about how smart Johan was also on commercial matters. In the early 70’s, Cruyff had already featured in several TV commercials, far ahead any other football player. A generation like mine grew-up with Cruyff’s endorsements such as Bruguer paintings or Jim underwear, at a time in which one single TV channel would get 100% of the audience and someone like Johan would have an enormous influence in purchase decisions of football fans… and their wives, as even his wife Danny featured in some of the ads. 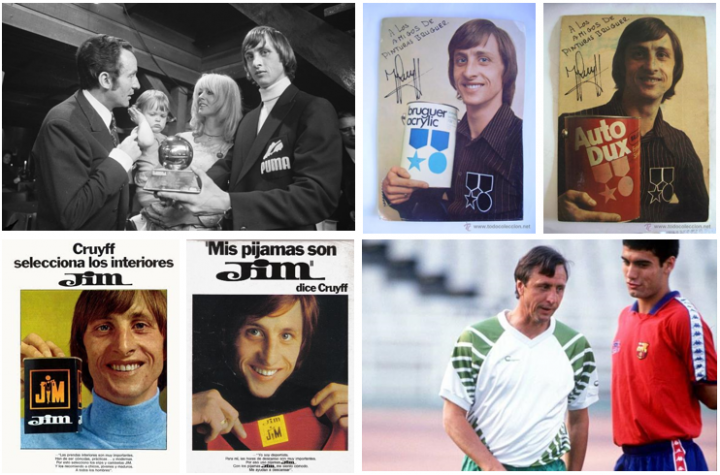 Furthermore, when we became FC Barcelona manager he negotiated to wear his personal brand –Cruyff Sports- in all training sessions, while players would strictly have to wear the club official sponsor clothing and in a move unimaginable nowadays.

Not enough with that, Johan was also a visionary supporting humanitarian causes, an instrumental piece of any top athlete’s marketing plan in current times. He created his own foundation (as opposed to endorsing an existing one) and even launched his own university, aimed at helping retired athletes with education to prepare for life after football.

Here is my small respect contribution Johan. An extraordinary football mind… and also an inspiration for sports marketeers. Rest in peace.