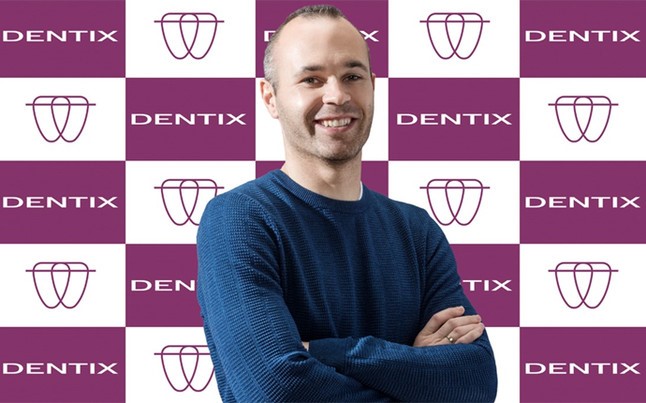 Andres Iniesta has recently been announced as Dentix newest ambassador. The Spanish international will smile for the Dentix and promote its services following the steps of other football greats like Xavi Hernández, Iker Casillas or Luis Figo. During a promotional event for the brand, FC Barcelona’s midfielder spoke with the media gathered for the occasion and he answered questions about his club and also talked about the Spanish national team and the possibilities to be the Eurocup champions.

The Spanish dental experts Dentix are growing fast and with already more than 130 clinics, they have chosen football players to be the face of the brand to help Dentix raise awareness and attract new clients. Below these lines you can see the first two ads starring the latest addition to the Dentix family, Andrés Iniesta, which can be seen on TV and on social media.

Working with football players is proving to be very effective for Dentix, not only for the association with their values but because they are also brilliant communications platforms to share the brand’s message. On this occasion Iniesta took the opportunity to share the news (and the ads) on his social media accounts, thus potentially reaching his almost 50m followers on Facebook, Instagram and Twitter.