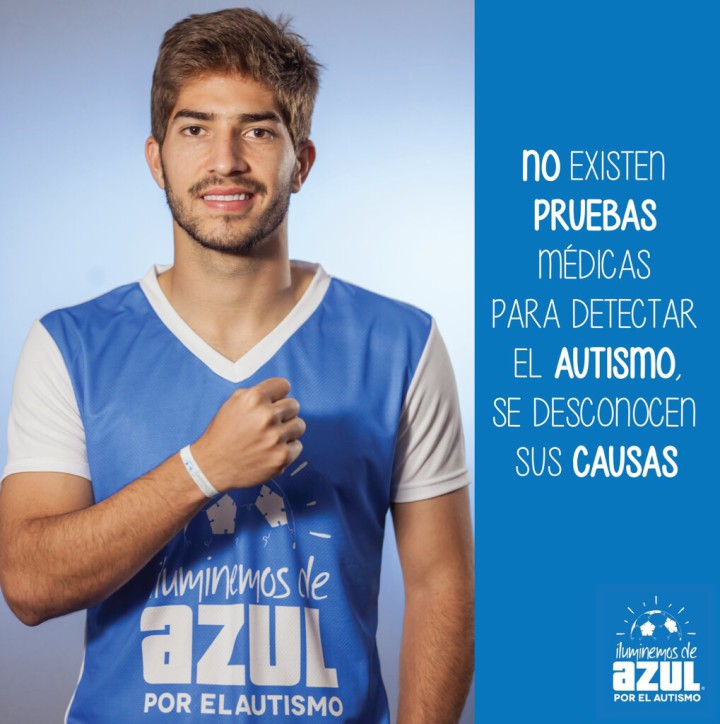 Brazilian Lucas Silva has joined the likes of Chicharito, Xavi, Xabi Alonso, Guardiola and many other international football players (and managers) in a fantastic campaign to raise awareness for autism. “Iluminemos de azul” is a campaign that receved support from many football players with the aim of educating people on what is autism and how it affects 1 in 150 children worldwide. This campaign was born in México and aims to raise awareness for autism so that, through fundraising in collaboration with the most representative institutions of Mexico, treatment and support to families in need can be provided.

Chicharito Hernández and some other fellow Mexican players like Guillermo Ochoa, Rafa Márquez or manager Miguel Herrera, participated in this great cause next to other international players like Javi Martinez, Philipp Lahm, Xavi or Arjen Robben. The campaign can be seen below these lines:

The campaign was also supported and promoted on social media and players like Chicharito or Lucas himself tweeted and posted about it, to give some visibility to the campaign.