Iker Casillas is one of the most important and recognizable ambassadors of BBVA and as such he features in most of the bank’s campaigns. We’ve seen him in several different campaigns and promotions and most of the times he was either on his own or next to his colleague and fellow footballer Andrés Iniesta.

In the most recent advert by BBVA for the campaign #sabesayudar, Real Madrid’s and Spain’s captain poses next to other Spanish celebrities such as Garbiñe Muguruza (tennis player), Joan Roca (chef) or Carlos Soria (alpinist) but no trace of Andrés Iniesta. Anyhow, with or without him, Casillas keeps delivering for BBVA and dragging media attention and increasing brand awareness for the Spanish bank, as we can see in the example below (Marca). 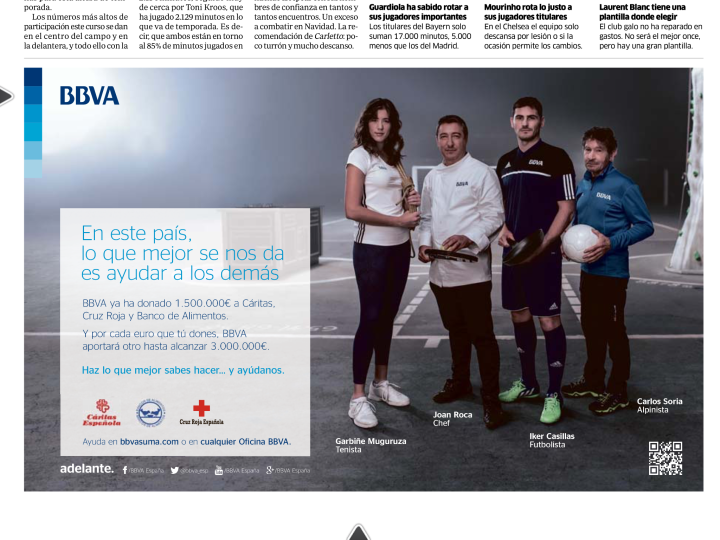