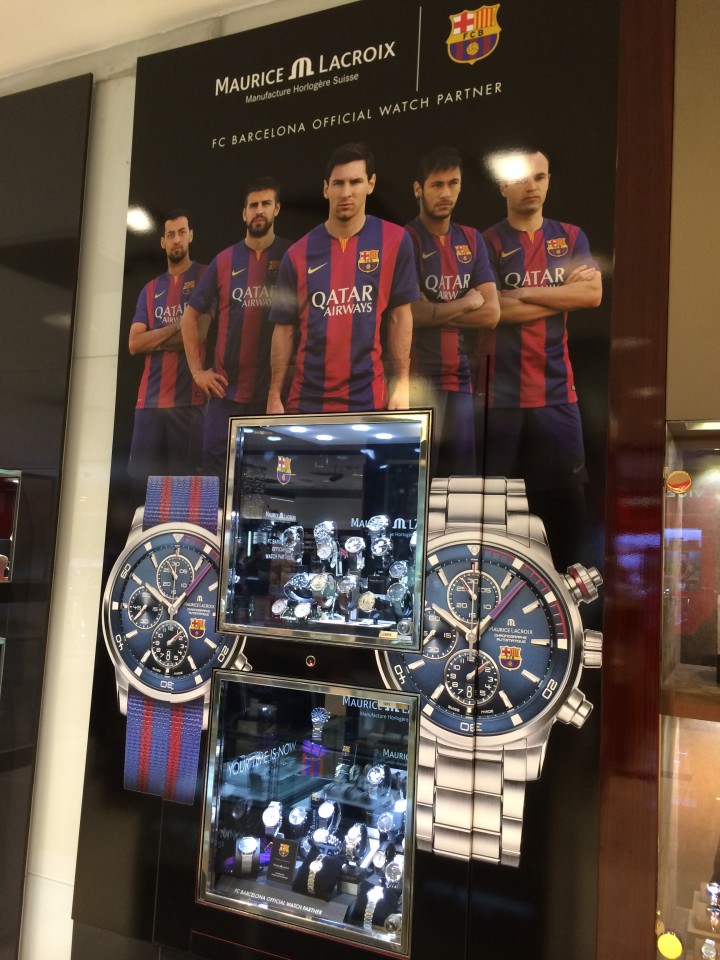 In March 2014 Maurice Lacroix was unveiled as the new Official Club Sponsor of FC Barcelona in the timing category. The agreement was for 3 seasons and the brand is making the best of each every season to activate their partnership with the club and to gain visibility and exposure.

Last season the brand chose Messi, Neymar Jr., Andrés Iniesta, Xavi and Cesc Fàbregas for their main campaigns (5 player rule as it is a club deal) and for the present campaign they have changed Cesc Fàbregas (no longer in the club) and Xavi (his role in the team for the 2014/15 season was uncertain) for Gerard Piqué and Sergio Busquets. The most attractive thing for brands is, obviously, using the best and most popular players.

Maurice Lacroix has also created a specific collection of FCB branded watches. The brand is intensively activating their partnership with FC Barcelona and adverts can be seen all around, particularly in jewelries and specialized shops as we can see in the example above. 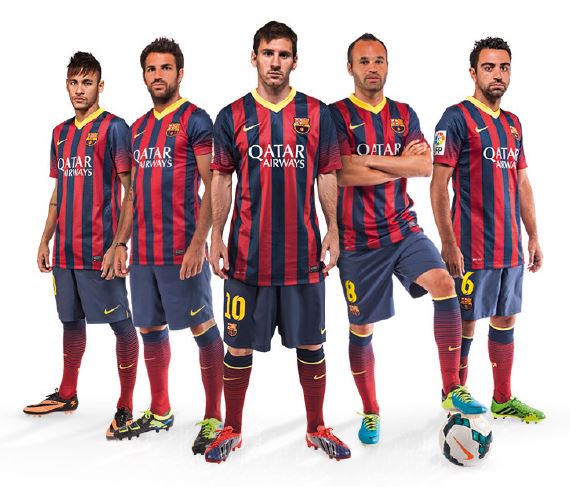 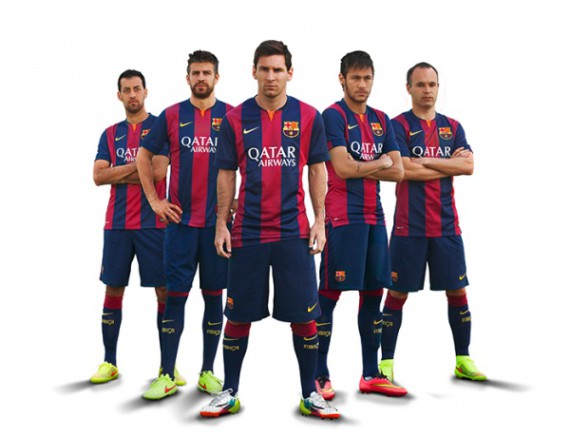