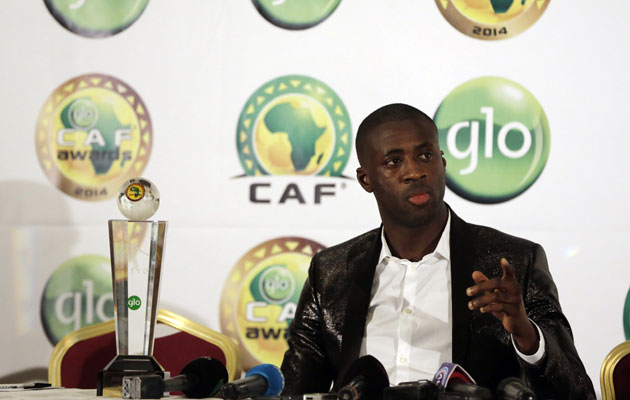 Yaya Touré was nominated after playing a pivotal role in winning the Premier League and League Cup and he also helped Ivory Coast qualify for the 2015 Africa Cup of Nations.

Midfielder Touré scored 20 goals in City’s title-winning campaign and also netted the equaliser in the 3-1 Capital One Cup final victory over Sunderland at Wembley last March.

He has nine goals in 26 appearances for City in all competitions so far this season, including six goals in his last nine outings.

Touré also made the Fifa shortlist for the 2014 Ballon D’Or prize in October proving how good he is and what a remarkable season he had on a personal level. 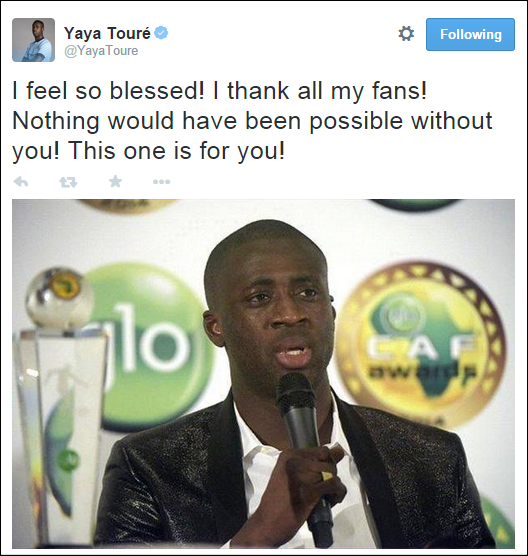