Cristiano Ronaldo is the most famous CR7 in the World but not the only one. The player registered the brand CR7 in Europe to commercialize his own line of underwear but now that he is planning to expand the business to the USA he has found out that the brand is already registered in the country.

The other CR7 is 43 year old Christopher Renzi, an American that registered the brand CR7 back in 2009. He also produces clothes, although at a smaller scale, and he and his lawyers have prove that the brand CR7 was registered in the USA 5 years ago and that Christopher is running a business under the brand CR7. This means that Cristiano Ronaldo will probably lose the legal battle to reclaim the brand as his, so he will have to either change the name of the brand or, most likely, pay a compensation to the American CR7 to be able to use it in the USA.

The story was recently published in a popular newspaper in Spain and you can read it below. 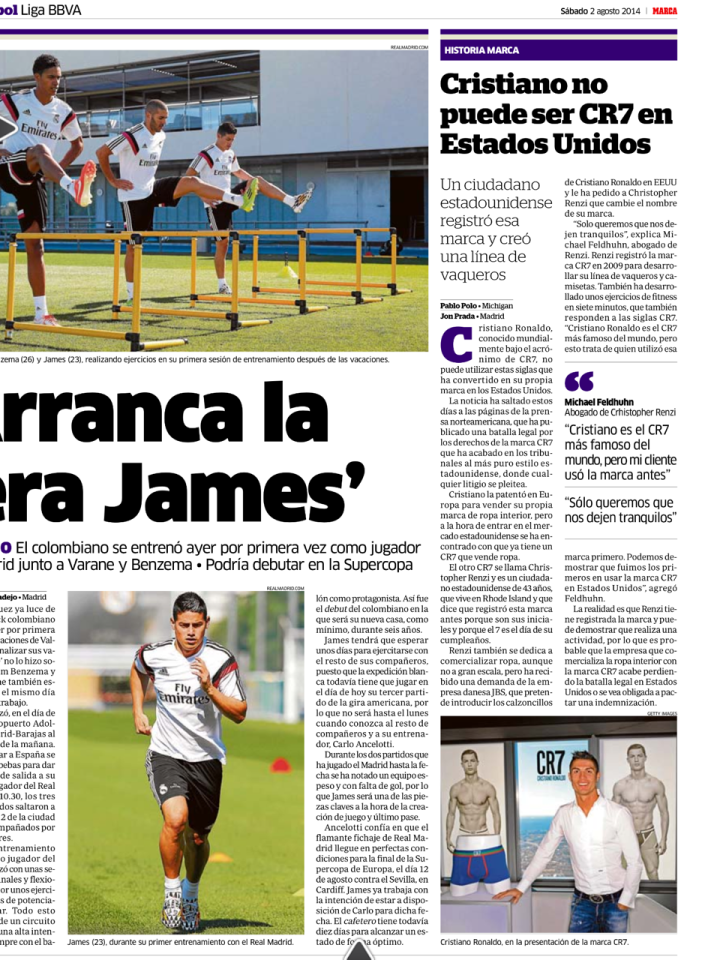