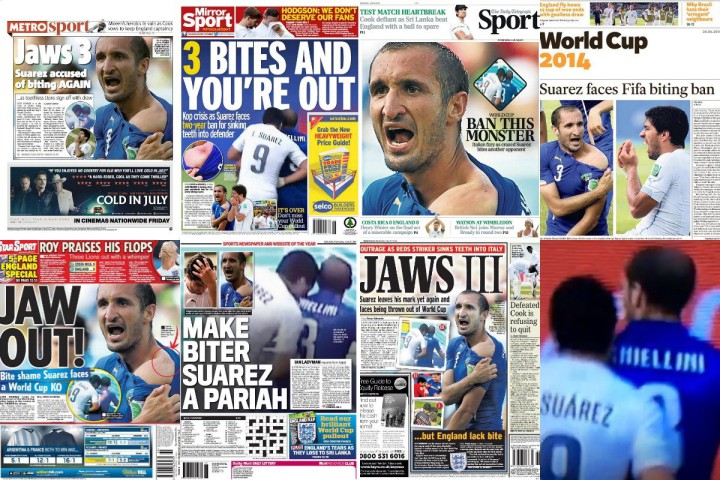 After the incident between Luis Suarez and Chiellini big brands have sunk their teeth into the debate raging on social media about whether Luis Suarez bit Giorgio Chiellini during Uruguay’s World Cup clash with Italy, posting a slew of jokes on Twitter and Facebook.

Some of the attempts to take advantage of the phenomena felt a little desperate but some others were very clever and proved to be great ambush marketing campaigns. Several were the brands that tried to be associated to Luis Suarez and the World Cup through their smart tweets. At the end of the day, it’s just another prove of how powerful Social Media tools are and it shows the impact that football players have and their value as marketing/communication platforms. Not only it had a big impact in Twitter but it also was all over the news and the debate went on for a while.

Bud Light and Listerine both swiftly bought up Promoted Tweets for the #Suarez hashtag, the beer company making a gag about trying to bite off bottle caps with your teeth and the mouthwash tweeting: “We recommend a good swish after grabbing a bite of Italian.” Trident also used the incident to remind us that chewing gum is better than chewing football players. 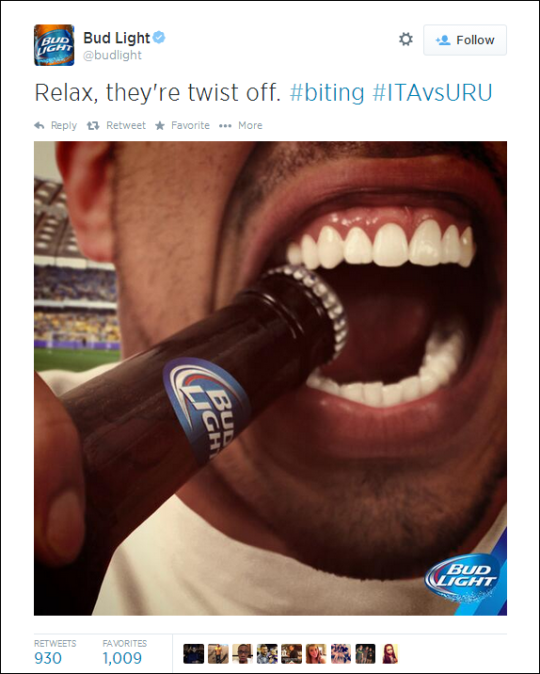 Nando’s and Snickers were some of the other food brands to post tongue-in-cheek images and comments, while the Uruguay division of McDonald’s suggested Suarez sink a Big Mac to pre-empt any mid-match hunger. 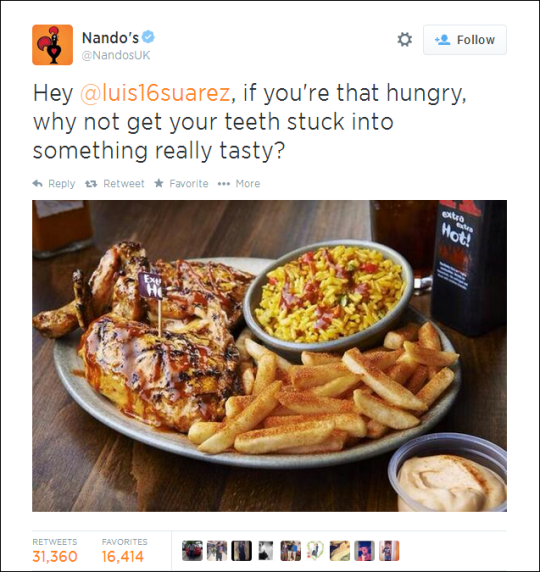 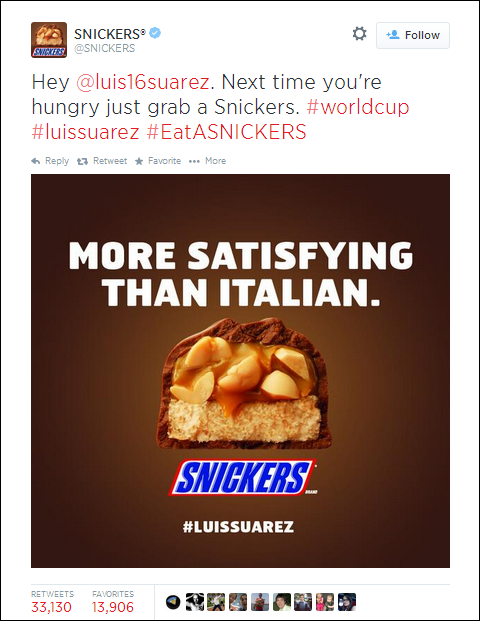 Other brands like Cinnamon Toast Crunch or Specsavers also took the opportunity to promote their brands. 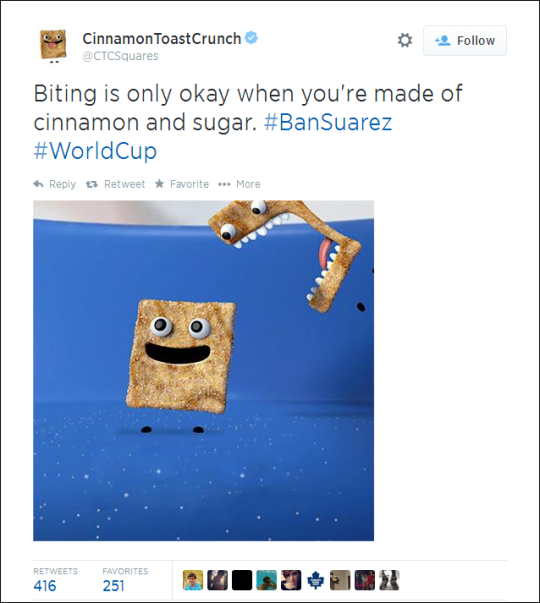 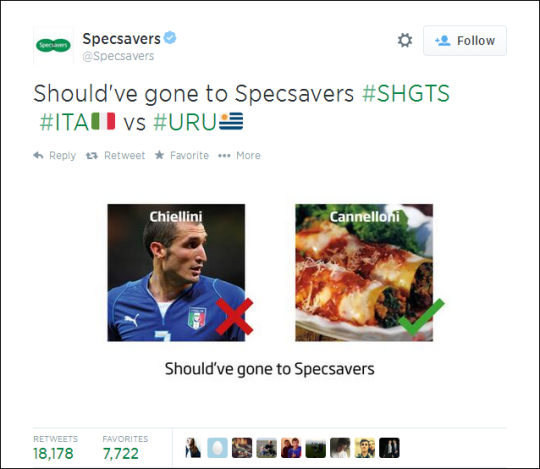 The striker is becoming known for his cannibalistic tendencies, this being the third biting incident he has been involved in, having previously used his teeth at Ajax and Liverpool before doing it in his national team.