Despite not being in the World Cup, Zlatan Ibrahimovic is one of Nike‘s most popular ambassadors and his set of skills and his style on and off the pitch make him the best candidate to represent the brand in their “Risk Everything” campaign. Zlatan has become a star and people like his personality so much that Nike has created an animated show just for him. We can see the animated version of Zlatan Ibrahimovic in a series of short videos where the player talks about revenge and explains football concepts like the offside or his no-look no-kick kick.

Nike has also created a series of short videos where Zlatan answers questions that his fans ask via Twitter. An excellent way to engage with fans and to make the best of Social Media platforms like Twitter or YouTube and use them both to interact with fans and consumers. Below these lines we can see some examples of the fun responses that Zlatan gives to his fans: 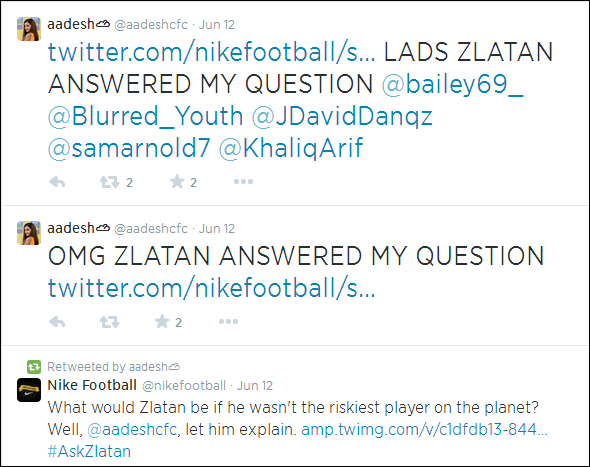 You can see some more of the funny answers that Zlatan Ibrahimovic gives to his fans below: