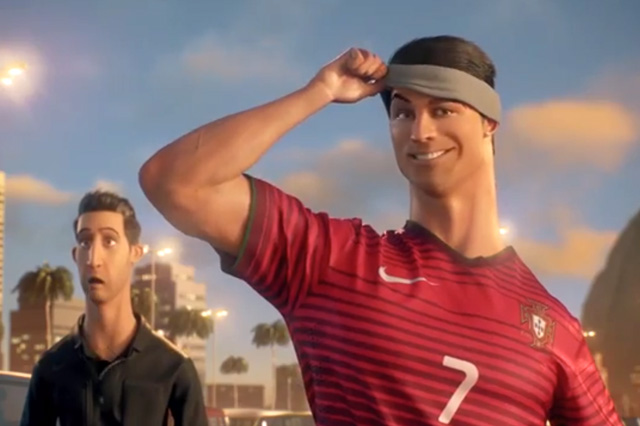 Cristiano Ronaldo and Neymar Jr. have their own short videos

After the success of the latest animation campaign by Nike and their advert called “The last game”, the brand continues leveraging its Risk Everything campaign and the World Cup by producing short videos featuring some of their ambassadors. Despite being aired during the World Cup, the advert has been a huge success in YouTube too, with more than 53m views in just a week.

The short videos that Nike is producing with the players individually are also proving to be a success despite not being announced or promoted anywhere, obtaining great results in YouTube, having been in the air for less than a week. In the first one we can see the team in the tunnel getting ready for the match (650k YouTube views in a week):

In this one, Nike shows that when it comes to Risk Everything, Cristiano Ronaldo can go pretty far with it, literally (1.2m YouTube views in a week):

In this one, Neymar Jr. challenges his clone in a one on one battle (610k YouTube views in 4 days):

The brand is also using the animated football stars to welcome customers in their store in London. 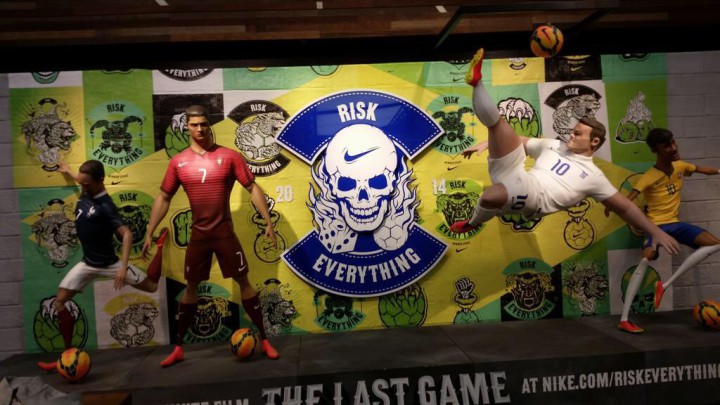