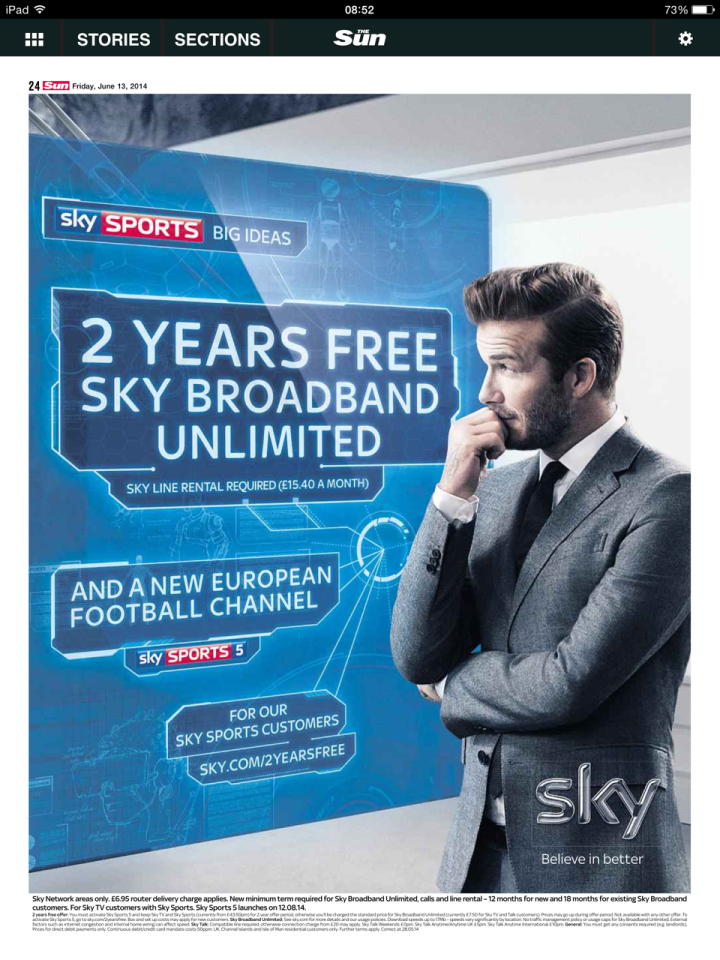 Football players are very appealing to brands. Former football players are commonly used as brand ambassadors too. And David Beckham, well David Beckham plays in a different league. One of his several endorsers is Sky, with whom he signed a 5 year deal in 2013 to act as an ambassador for the brand. David works very actively with them (the 5 year-deal is said to be for a total amount of around £20m) and Sky recently launched their latest campaign to announce Sky Sports 5 by turning Beckham into a tech master.

The advert sees Beckham in a secret laboratory, testing new sports technology designed to bring fans closer to the action.

He dismisses ‘drone cams’ and prototypes of the ‘sensation suit’ and ‘sofa ref’, before unveiling the new channel. The commercial was launched on TV in the first ad break of the 2014 World Cup – 9.45pm UK time on Thursday, June 12.

David Beckham and the Drone Cam:

David Beckham and the Sensation Suit:

David Beckham and the Sofa Ref: