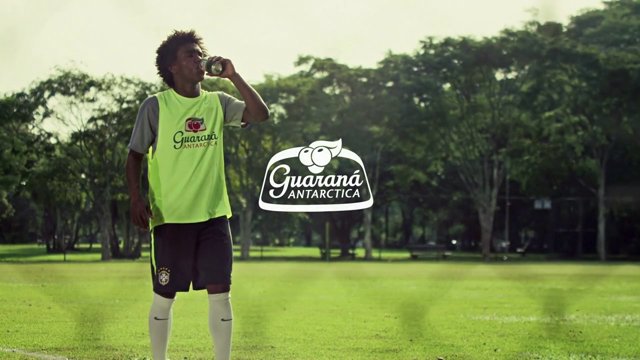 Willian is a good example of how to take the opportunity of being born in the football driven host country of a World Cup. The 25-year-old attacking midfielder, who is part of the hosts’ squad for the Fifa World Cup, is appearing in a TV advertising campaign for the Brazilian soft drinks brand. Willian will also be one of several players, including team mates Bernard and Neymar, to appear on Guaraná Antarctica packaging as a graduate of the Copa Guaraná Antarctica youth soccer tournament, which began in 2004.

“I was 15 when I won the World Cup Guarana Antarctica in 2004,” said Willian. “It was a very special moment. I took it to my life, like a dream to be able to return to the Brazilian national team, and today I’m taking this opportunity.”

Willian is not enjoying minutes during the World Cup but the talented player has already played seven times for the Seleção.