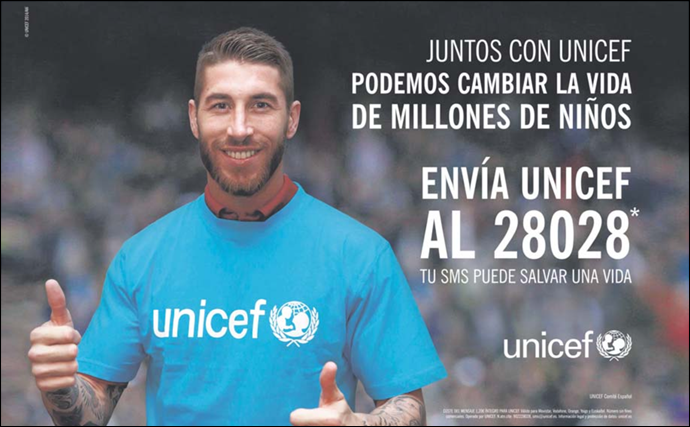 The Spanish center back not only signs lucrative deals.

Sergio Ramos became one of the most wanted football ambassadors after his remarkable goal in the Champions League final. We have seen him as the star of the activation campaigns of most of his sponsors. He has signed deals and featured in ads for brands like Hugo Boss, Gatorade or Pepsi.

However, he is not only the ambassador of consumer goods brands. Before he started his participation in the World Cup, the Real Madrid and Spain’s defender was appointed as the new ambassador of UNICEF to promote the right to have access to sport. Sergio Ramos has actively supported UNICEF since 2007, working on behalf of the most vulnerable children, visiting child survival programs in Senegal, leading and playing during the charity matches Champions for Africa and Champions for Life, or supporting campaigns through video, social networking and transfer of personal items to raise funds for UNICEF.