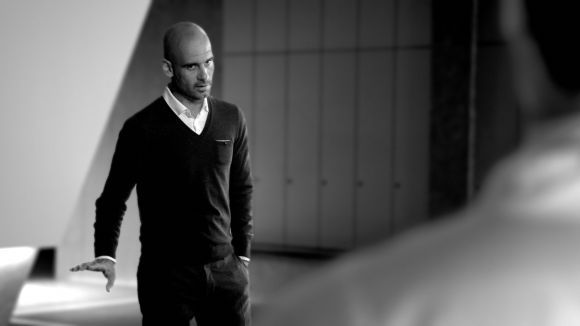 The Bayern Munich’s manager is understood to be an expert when it comes to motivating his players and teams. This is the role that he plays as the protagonist of the latest ad from the prestigious German car brand.

Since he left Barcelona, Pep Guardiola has become very popular in Germany as manager of Bayern Munich. In fact it has been chosen by Audi, the German car manufacturer, to star in his new ad. Thus, leveraging his image like other managers (Jose Mourinho) are doing as well.

Guardiola was knocked out from the Champions League making it impossible to win the title for the second year in a row. However, despite this little set back, brands are still trusting him to be their ambassador. On top of his popularity, Audi is one of Bayern’s official partners which also helps.

At the beginning, the ad seems to be directed at his players, but the truth is that Pep Guardiola is trying to motivate a group of workers and teach them that “Success is only the beginning of something bigger”.

Under the slogan “art begins in your mind” Audi’s ad was launched to air at halftime of every game of the World Cup in Brazil.