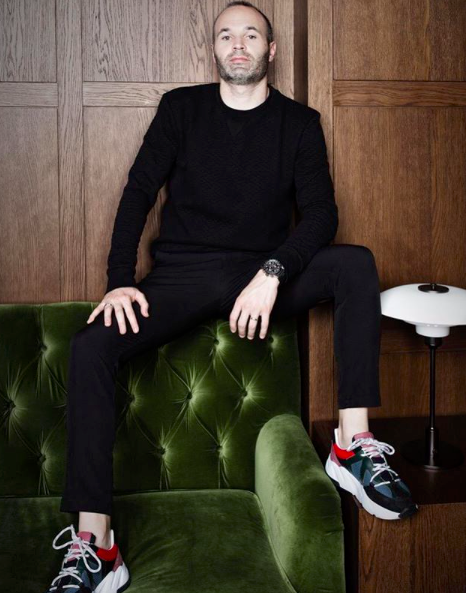 F.C.Barcelona legend Andrés Iniesta is diversifying his interests outside football. While playing for the Japanese football team Vissel Kobe in the latest part of his sports career, he is also preparing for life after football. It was public knowledge he created ‘Bodega Iniesta’ a few years ago with his family and now he has taken one step into the fashion world after involving himself with ‘Mikakus’, a new sneakers brand.

‘Mikakus’ define themselves as a “young, fresh, audacious brand thatsets out to break the rules and the statuos quo, to live every minute of life intensely, not to conform, to travel, in essence, to seize every moment surrounded, of course, by the ones you love”.

It is said Iniesta fell in love with the project and has been involved since the very first minute. In fact, he is one of the many Spanish personalities that have started wearing ‘Mikakus’ and shown them in social media. Popular Spanish TV presenters Ana Simón, Risto Mejide or Roberto Leal also joined the promotion of the brand. “Dreams and dedication are a powerful combination”, said Iniesta in one of his posts.