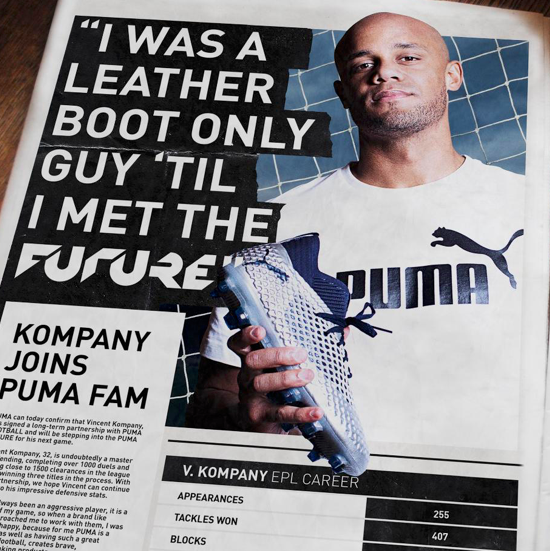 Vincent Kompany has been the latest Premier League star to join the PUMA family recently. Manchester City’s defender agreed a long-term partnership with the German brand after having worked with Adidas in the past. His team-mate Kun Agüero has been the main Puma man in the Premier League and David Silva also joined earlier this season.

“I have always been an aggressive player”, said Kompany. “It is a big part of my game, so when a brand like Puma approached me to work with them, I was incredibly happy, because for me Puma is a brand that as well as having such a great heritage in football, creates brave and forward-thinking products”.

Puma will become Manchester City’s kit supplier from the 2019-20 season onwards, as well as sister clubs in Australia, Spain, Uruguay and China.