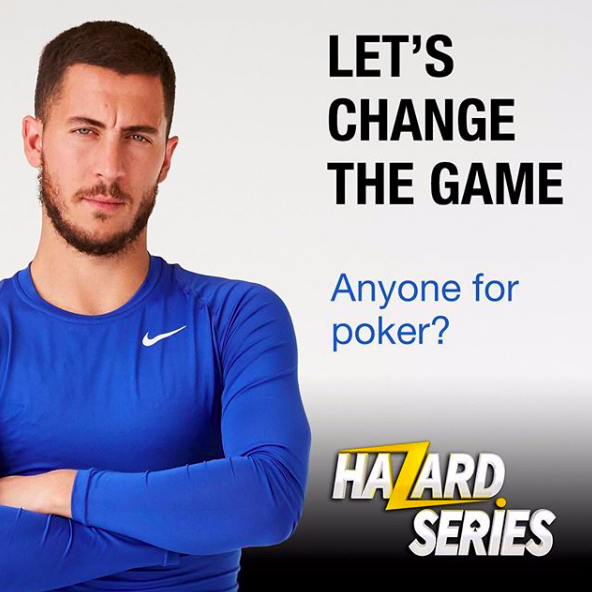 Belgium’s number one football player Eden Hazard is promoting his commercial profile in the last few months. His latest partnership with bwin resulted in the launch of Hazard series, a chance to play poker in person with Eden Hazard himself, free to enter and with the aim to raise at least €50,000 for the charity One Drop Foundation.

Hazard’s situation at Chelsea, where he has become one of the best players of the world, and his aim to become even better -saying publicly he’s the best- has attracted more and more brands that want to work with the little magician.

Eden Hazard said: “I’m excited to be launching the Hazard series with bwin. I really enjoy Poker and the unique psychological challenge it offers me. More importantly, it’s great that trough the Hazard series bwin will be supporting such a vital charity as One Drop”.

Alexandre Meunier, Senior Director of Special Initiatives of One Drop, said: “Partnering with an international organization such as bwin will bring much needed funds to the sector and will help raise awareness around the global water and sanitation crisis”.