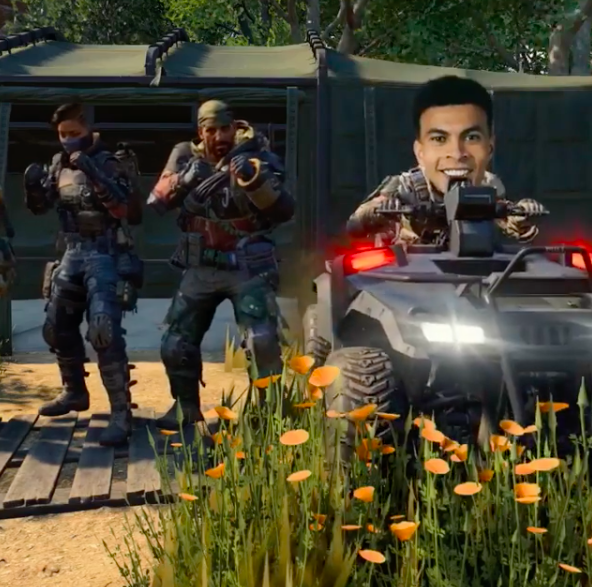 It’s always a plus that your campaign front face loves your product. Tottenham’s midfield star Dele Alli love of gaming is well documented as he has streamed via Twitch in the last few months playing Fortnite. But this time is another shooter we are talking about: the release of the new videogame of one of the greatest sagas: Call of Duty Black Ops 4.

Currently sidelined with a hamstring problem, Dele Alli had even more time to play a part in the release of one of the most expected games of the year. Dele streamed the beta of the game in Twitch and now is promoting the release via his social networks.

“It’s great to finally share my experience with Call of Duty playing in the vantablack room!”, said Alli. The company created a special room named Black Ops House which absorbs 99,965% of natural light, creating the effect of playing the game within an endless Blackout. Dele even joked about getting a rome like this for himself.

Call of Duty Blackops 4 release was on 12th October, with Alli injured and not involved with the England national team during this period. Time for recovery… and a little bit of Blackops.

Great to finally share my experience with @callofduty playing #blackops4 in the vantablack room! #blackops4 out this Friday!??