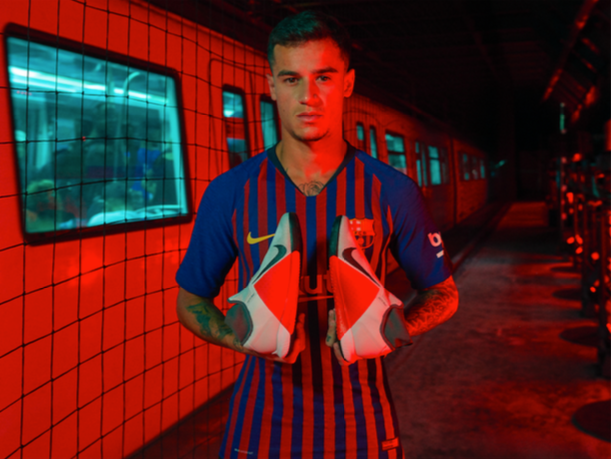 There are a lot of ways of unveiling new boots, but not many as original as in a phantom underground station of Barcelona. Philippe Coutinho was the star man of the show in the closed Gaudí station to present the new Nike’s PhantomVSN. #awakethephantom

Coutinho was doing his tricks when the people who took the Line 5 of the underground between the stations of “Sagrada Família” and “Dos de Maig” were impressed from inside the carriage. The Gaudí station is located in Lepant street and it never worked.

The new Nike’s PhantomVSN have been designed to give the major accuracy to the players that wear them. Philippe Coutinho arrived in Barcelona last season with the difficult task of replacing Neymar Jr on the pitch. As his standards in the pitch evolve, he is also increasing his commercial profile and taking more responsibilities also off the pitch.