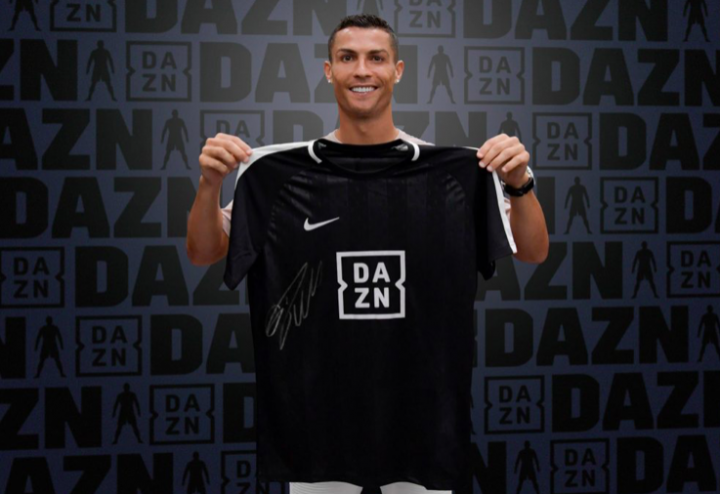 The five-time Ballon d’Or winner Cristiano Ronaldo has been announced as the global ambassador of DAZN, the global live and on demand sports streaming service run by Perform.

Ronaldo’s duty will include promotions in Germany, Italy, Canada and Japan. DAZN is the world’s first truly dedicated live sports streaming service. This year the company arrived in Italy with a rich roster of exclusive premium sports events including Serie A Tim, Serie BKT, LaLiga and Ligue 1.

Cristiano Ronaldo also changed sides this summer and signed for Juventus Turin. It was a perfect match between the now current leader of the Serie A league and a leading streaming company.

Cristiano Ronaldo said: “The world is changing and thanks to an innovative approach, DAZN is breaking down barriers for sports fans. Now we can watch sport however and whenever we want, which is why, for me, being part of DAZN’s journey was an easy decision to make”.

Jame Rushton, CEO, DAZN, said: “Cristiano is undoubtedly a legend, fans love him and that’s why we wanted to work with him. He’s a big sports fan himself, so having advocating the work we’re doing is perfect”.

Happy to announce I’m now a global brand ambassador for DAZN! For my fans in ?? ?? ?? ?? ?? you can watch an exclusive interview as a Juventus player on DAZN, as well as unlocking other great CR7 content! #DAZN #CR7

As part of the agreement Cristiano Ronaldo conceded an exclusive interview as a Juventus player on DAZN Italy, as well as unlocking other CR7 content.