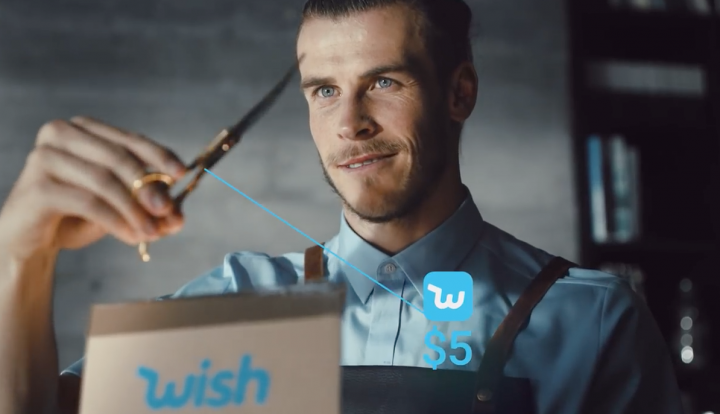 Gareth Bale, Robin Van Persie, Gianluigi Buffon, Tim Howard or Claudio Bravo had more holidays than usual this summer as their national teams didn’t qualify for the World Cup. However, Wish made the intelligent move of signing them up for their new original world-wide campaign to keep them busy. These players have more time on their hands (#TimeOnYourHands) and they have found new activities taking advantage of Wish low-cost products.

Wish is an online retailer, known for its direct-from-manufacturer sales. “Showing superstars in their home environment is a great way to engage fans”, said Sam Jones, head of partnerships at Wish. A number of top players participated in the campaign and they all took the opportunity to share it with their millions of fans on social media, which put Wish in the forefront of every football fan’s mind.

On a series of funny ads, we can see how Gareth Bale decided it was time to practise as a barber, although watching the result of his efforts this maybe wasn’t the best career to follow. Tim Howard found everything he needed for his pool, as Claudio Bravo became a sort of drone pilot (above these lines), Gianluigi Buffon a pastry chef and Robin Van Persie a dedicated gardener. All their efforts made a great impression on Neymar and Pogba, who received all the news from Russia.

What Wish hasn’t told us yet is what’s the secret passion hidden in Pogba’s and Neymar’s new boxes.