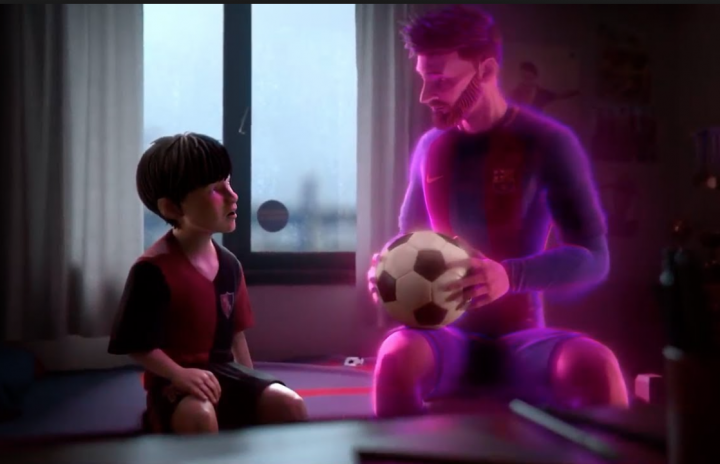 Lionel Messi‘s story is an incredible one and Gatorade, an official partner of the player and the team he plays for, has taken the opportunity to share it with the world in its own very unique style. Gatorade and FC Barcelona presented a spectacular animated movie ahead of the World Cup, which goes through every important step of the Argentinian’s career. From his beginnings in his country, to the moment the Catalan giants signed him, his most iconic moments in the Barcelona shirt… and finally focusing in the missing trophy, the World Cup.

Messi‘s story shows his hunger to succeed and the player’s tremendous mentality. Never give up. Even in a competition that back in 2014 didn’t end the way the forward wanted. Gatorade walks with Messi during his hard training for this summer’s FIFA World Cup edition in Russia.

It’s then when a young animated version of himself remembers the actual one that it’s all about the ball. You can see the TVC below: