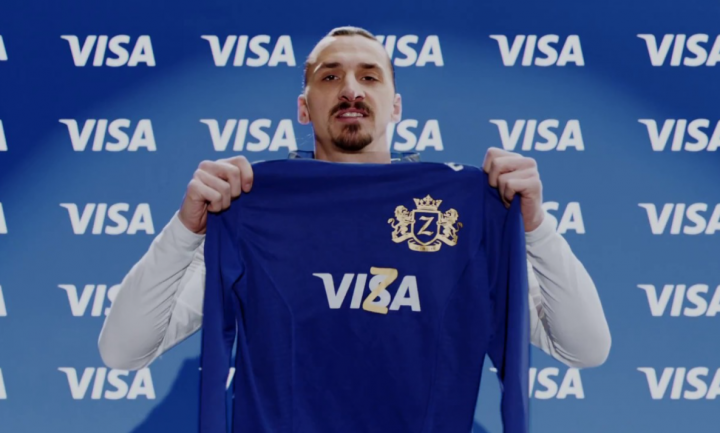 Zlatan Ibrahimovic is one of football’s biggest personalities and he did not want to miss the big sporting event of the summer. That is why he teamed up with VISA in a campaign called ‘VISA’s Ultimate FIFA World Cup FOMO’. If Ibrahimovic doesn’t get a call up, he invites himself and even dares to apply his ‘Z’ in brand’s name.

VISA promotes their fast and easy payments, so you never have to miss a thing. Los Angeles Galaxy forward provides his strong confidence and involves the company’s home market despite USA’s absence from the competition.

Zlatan never misses. Me and my Visa Team make sure fans don’t either. #PayLikeZlatan #WorldCup #VisaAmbassador

The Swedish legend and their all-time topscorer wasn’t part of the national manager Janne Andersson’s plans. Ibrahimovic had played in two previous World Cups in 2002 and 2006 and was aiming to attend to his third this summer. VISA’s call up was everything the lion needed.

“FIFA World Cup without me is not worth watching. I will qualify on my own and I will dominate”, said Zlatan in a strong statement. The Swedish is seen in the campaign helping different people pay in an easy way with VISA so they don’t lose time and focus in following the game in Russia.