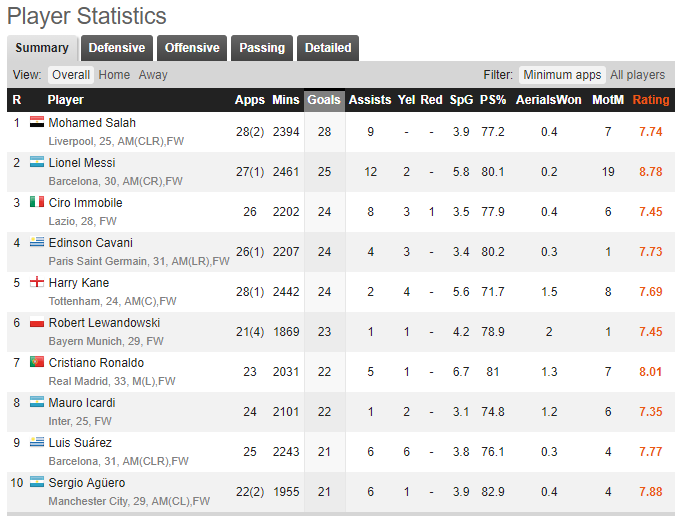 Argentinian striker Sergio Agüero has been tirelessly scoring goals for the last 10 seasons and he is still hungry for more. He is one of the most reliable strikers that the Premier League has ever seen, and his goal per minute ratio is outstanding in the competition. Having scored 21 goals so far this season and played 1955 minutes, he scores a goal every 93 minutes! Only improved by Mo Salah, who is having a wonder season and has scored 28 goals in 28 games.

With 21 goals under his belt already, he makes the top 10 of goalscorers in Europe’s top leagues and only the Liverpool player has a better goal per ratio than him in the Premier League. It’s the 4th consecutive season that Agüero scores 20 or more goals in the Premier League, proving that he is a goal scoring machine! He has already scored 30 goals this season in al competitions and his goal in the Carabao Cup final, which you can see below, contributed to securing Guardiola’s first trophy at Manchester City.