Arsenal player and France international Olivier Giroud has become a brand ambassador for Beardilizer. The striker has agreed a one-year deal with the beard care brand, and will be the face of the Phytobiol-owned company’s upcoming global marketing campaign promoting its new line of products.

Beardilizer will also be able to use the Arsenal striker’s image on its catalogues, packaging and across its social media channels. The player himself has also taken the opportunity to give some visibility to the brand in front of his 2m Twitter followers. 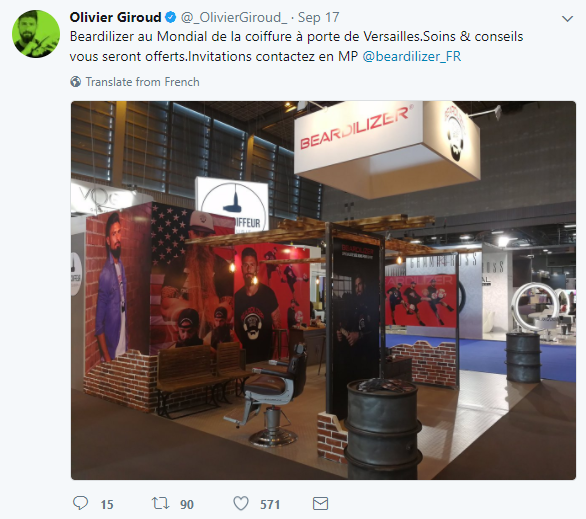 Commenting on the deal, Giroud said: “I have been using Beardilizer products for quite some time now, and this proposal to become the brand ambassador came quite naturally. I look forward to seeing the new products.”

Roy Halfon, chief executive of Phytobiol France, added: “At the beginning of this project, we wanted to be accompanied by a renowned ambassador both in France and abroad, who perfectly embodies the image of the modern man, elegant and neat. Olivier Giroud is this image. He knows how to reconcile his sporting performance with his own elegance. He is a footballer who stands out on and off the pitch. We are proud that he represents the Beardilizer brand.”