After a very successful second season on the MLS, David Villa has been named to the MLS best starting XI. Villa made his first MLS Best XI after scoring 23 goals and leading NYCFC to their first ever postseason appearance this year. David Villa‘s 41 goals since he joined the league in 2015 make him tie for the best in MLS over that span. He is also Spain’s all-time leading goal scorer and has played in three World Cups (2006, 2010, 2014), leading Spain to the 2010 title while receiving the Silver Shoe for scoring the second most goals in the tournament. 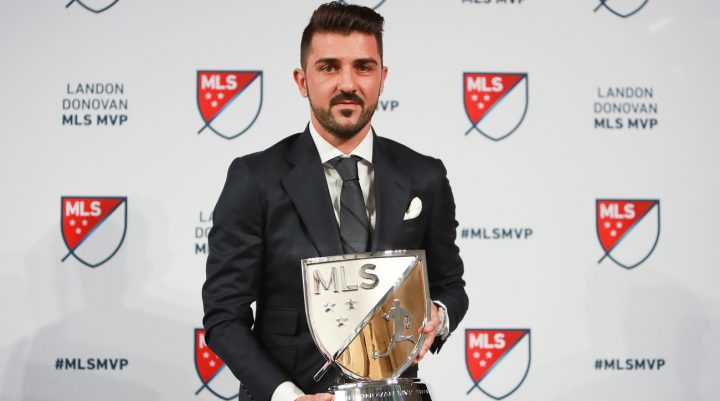 David Villa is a pioneer, and after seeing his success in the MLS many other Spaniards will follow him overseas. He is not only becoming a reference for his team NYCFC, but also for many European players looking to stretch their glory days in the United States. The striker didn’t miss the chance to thank the fans and everyone who helped him in winning this award on his largely followed social media accounts. 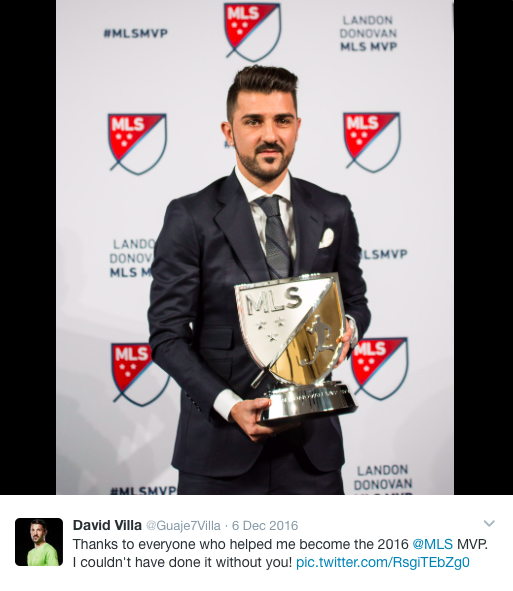