French football star Zinedine Zidane has been named as an official hospitality ambassador for the Russian city of St Petersburg. Zidane, who is currently the manager of Spanish giant Real Madrid, visited Russia’s “northern capital” during the last international break, sharing a picture of his trip on Instagram, where he has over 9m followers. The picture, which was effectively his first service to the city as an ambassador, got almost 500k likes. Shortly afterwards he was announced as the new ambassador of the city by Welcome 2018. He would later post a couple more pictures of other points of interest from Russian city. 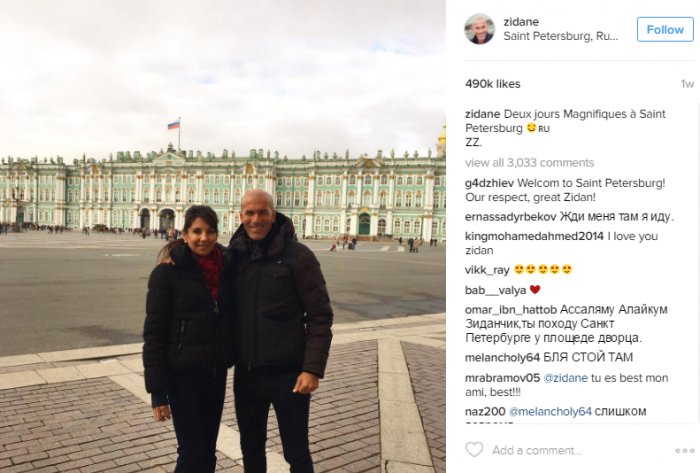 Welcome 2018 is the official tourism portal for the 2018 World Cup. St Petersburg will be one of the host cities for the competition and the Welcome 2018 tourism committee also confirmed it would be announcing ten new ambassadors for the city from across the world of football, before the end of the year.