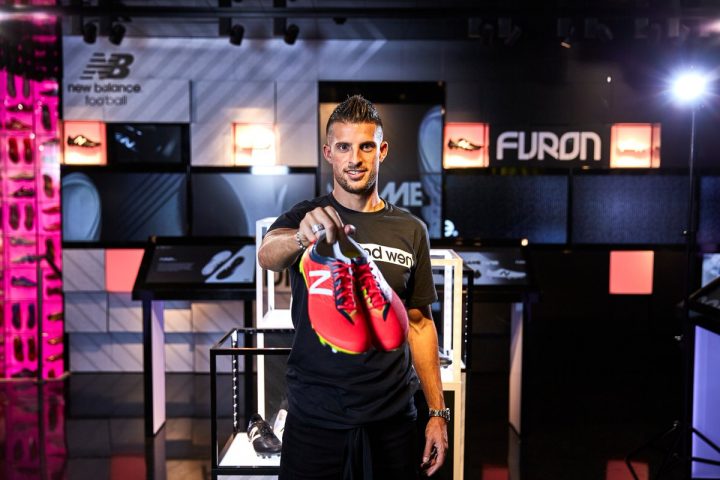 The Belgian star from Everton, Kevin Mirallas, has been recently announced as the newest ambassador of the US sportswear brand New Balance. Kevin joins New Balance from Nike and will wear its Furon range of boots with immediate effect. The winger is a further addition to the Boston company’s expanding roster of football players that includes 2015/16 Premier League winner Kasper Schmeichel, who signed with the brand in July.

“New Balance is making a huge impact in football and has big ambitions for the future,” said Mirallas. “This is why I am delighted to be joining the exciting brand. I am already impressed with the Furon boots; they are comfortable, look great and will help elevate my game.”

The brand made it official through its official Twitter account and the player already attended an event to announce the partnership and to present his new boots (picture above these lines). 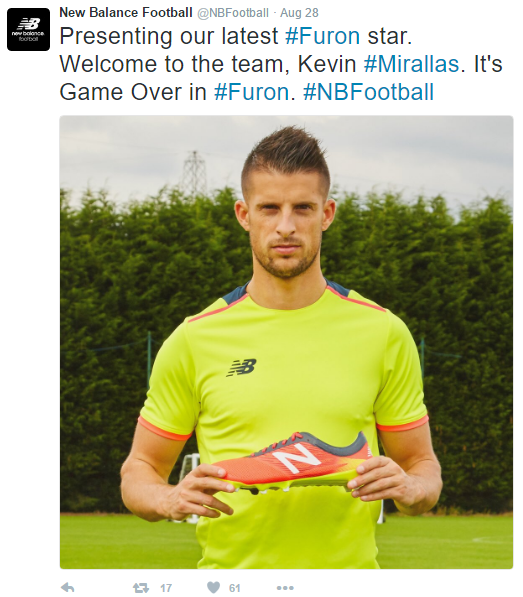