Gareth Bale has been announced as the new ambassador of Konami‘s popular videogame Pro Evolution Soccer 2016 for the UEFA EURO 2016 edition.

The Real Madrid player has been one of the main players to make his national team – Wales – qualify for the first time for the finals of a major tournament, so Konami wanted to reward this milestone making Bale the cover player of this edition.

Erik Bladinieres, responsible for the division of football in Europe Konami wanted to state the following:

“Gareth Bale is one of the most important players of the moment, so we are delighted that he is the face of UEFA EURO 2016 to PES 2016. His skill and ability make him the perfect ambassador for a game that will recreate the capabilities of best national teams in Europe. We are sure it will be one of the stars of the tournament, and therefore we are delighted to be our cover image of UEFA EURO 2016 “. 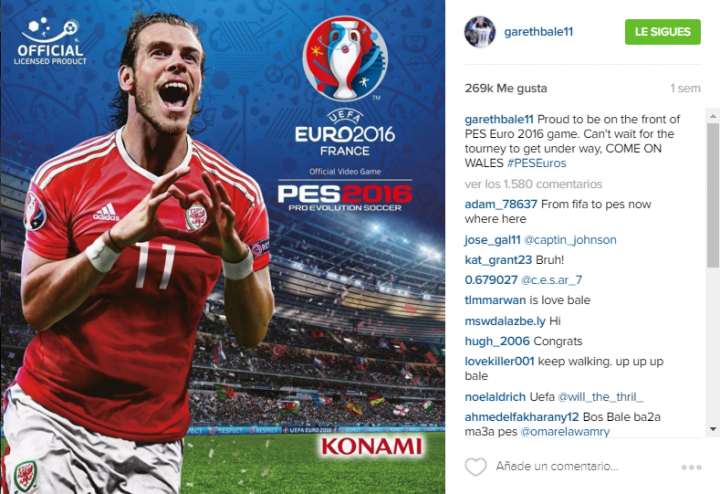