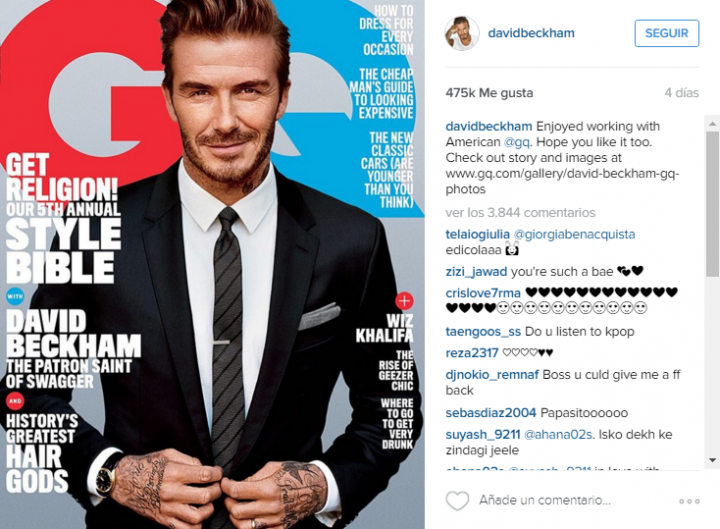 International football superstar David Beckham appears for the first time in the US edition of GQ magazine of April 2016. The English player – who is also a fashion icon – is the main character in the “5th annual Style Bible” of the Men’s magazine.

Inside, he gives a deeply personal interview in which he talks about his life, children, wife Victoria – who is another fashion icon – and shares his feelings about being retired from professional football.

“You know, maybe I could play another year in the U.S. If I was still living in L.A., I’d probably really seriously think about coming back for a year. But we’re living in London, and the kids are happy in the school…” – says Beckham.

As you can see above these lines, the English international took the opportunity to announce his collaboration with GQ on his personal Instagram account.

The 40-year-old legend is also the cover of the GQ’s magazine British edition of March 2016. In this case he is the cover model of the five different covers released. 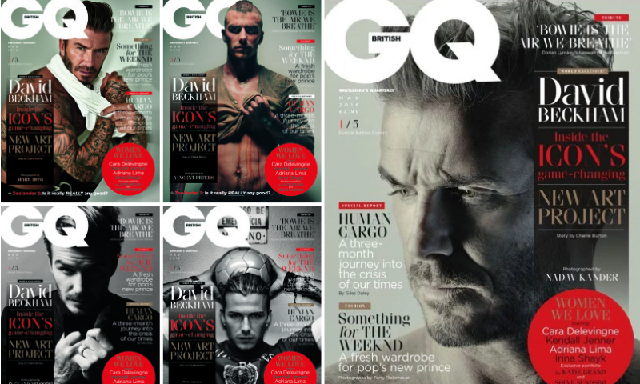