The American footwear company has partnered with the 26 year-old Welsh footballer to represent the brand in its European marketing campaigns. Following the steps of other football players like Landon Donovan or Anthony Martial, Bale will work with the brand on a variety of different projects and branding initiatives over a 12 month period.

“It’s such an exciting time in his career and we know Foot Locker fans will be as energized as we are.” 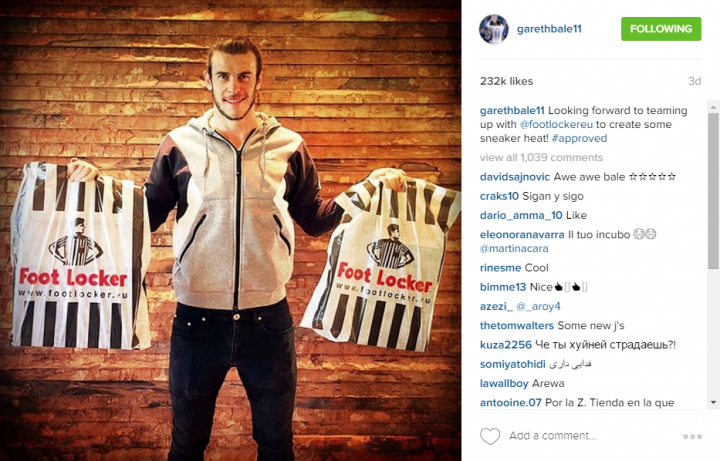 Gareth Bale has already started giving visibility to the brand through his social media channels and he recently said that “Foot Locker was the go-to sneaker store for me as I was growing up and it’s as popular as ever in my Madrid home. I’m delighted to be an ambassador for such an aspirational brand with appeal across Europe.”

The partnership represents a good fit for the US company’s European arm given Bale’s popularity in both the UK, where he is one of the UK’s best players, and Europe where he plays with one of the world’s most well-known teams.