Being the most followed athlete on social media, Cristiano Ronaldo is a good source to understand when social media works for brands and when it doesn’t work so well. With the examples below we can see clearly why natural promotion works much better than advertisement. When people feel that a brand is trying to sell them something, they tend to show a much lower engagement rate and their response is less positive.

Having more than 150m followers across Facebook, Instagram and Twitter combined, brands can expect to reach a very large audience through Cristiano Ronaldo. However, there are still significant differences depending on how posts are designed. In the last month, natural promo proved to work a 52% better for Cristiano than those posts which felt like an ad. Below these lines there are three examples (RoC, Herbalife and CR7) of pure ads on his Instagram that got an average of 690,000 likes. 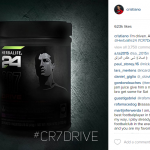 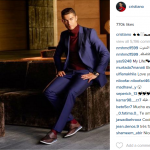 On the other hand, those which looked more natural (RoC, Nike and CR7) got an average of 1.05m likes, a significant uplift that shows that, although there will always be fans who will react to anything, some posts work better than others for brands. 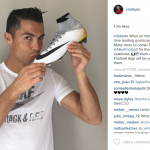 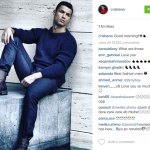